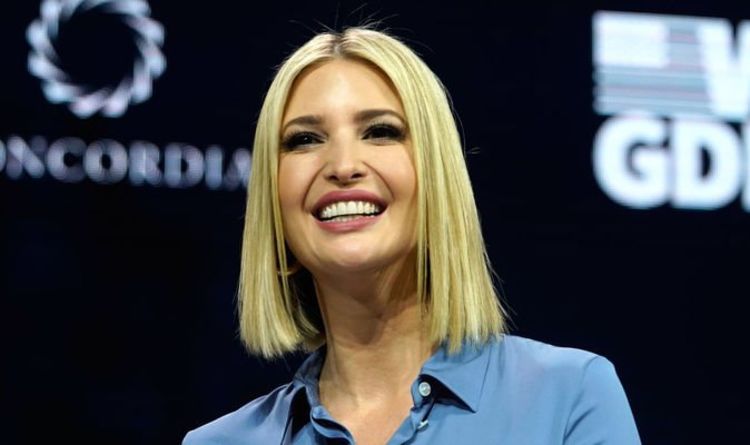 He said: “There is an hourglass near the desk, which is a purposeful reminder that her time to do things is limited.”

However, there are some bizarre pictures on her walls – one of which is very special.

Mr Wead added: “There are books and interesting pictures, including one of Ivanka and Kim Yo-jong, sister to the North Korean dictator.

“The two women were seen as diplomatic rivals by the international media, but they are all smiles in the photo.

“On the walls there are copies of signed, bipartisan legislation she has worked on.”

“One visitor noticed ‘a framed copy of Trump’s typed ‘Remarks Regarding the Capital of Israel’ signed ‘To Ivanka, Love Dad’”.

Another visitor claimed that the message was written in Trump’s “oversized Sharpie scribble”.

But according to Mr Wead, there is an even more special photo in her office.

He added: “Many of the other rooms are windowless, interior rooms, lit only by lamps and chandeliers, but even offices with windows – Jared’s for example – tend to have the sunshine obscured by heavy drapes.

“When you closed the door, you wouldn’t know you were in the White House.

“You might as well be in a sleek, downtown New York office, or someplace in Silicon Valley.”

Both Ivanka and Jared are senior advisers to US President Trump, for womens’ issues and strategic planning respectively.

Her unprecedented position in her father’s administration has led to Ivanka being dubbed the First Daughter, a title she reportedly likes.

While Jared had an important role in his father’s real estate business Kushner Companies before he even met Ivanka, he would likely never have made it into the Oval Office if it were not for his wife.