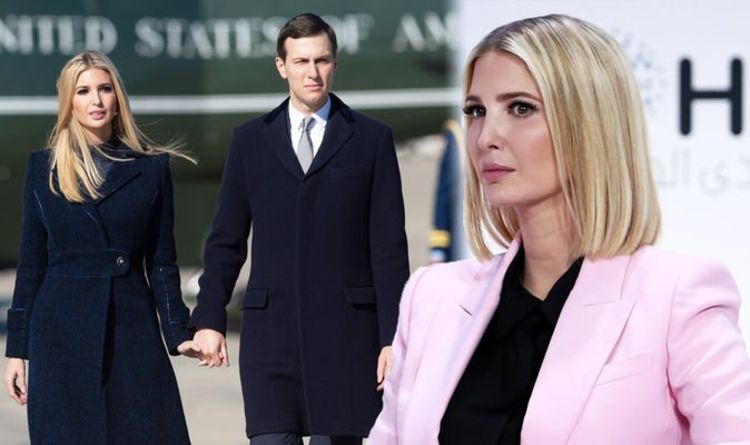 The floor length dress was made of lace with sheer sleeves and a fitted bodice.

She accessorised the look with a jewellery set with the collective price tag of around £169,000.

Before they wed, Ivanka chose to convert to Judaism so she could marry the businessman, who is Jewish.

Ivanka is not, in fact, her real name. She actually shares her mother’s name Ivana.

Explaining why she is known as Ivanka in a 2010 tweet, she said: “In Czech, Ivanka is the baby name for Ivana, like Bobby is to Robert.”

Ivanka was well known to the American public before her father became President thanks to appearances on TV.

She made short cameos on Project Runway and Gossip Girl, as well as becoming a primary boardroom member on The Apprentice with Donald.

Ivanka was raised as a Presbyterian Christian, but converted to Judaism to allow her to marry Jared Kushner.

Ivanka studied with Elie Weinstock from the Modern Orthodox Ramaz School, on the Upper East Side of Manhattan in New York City.

She now keeps kosher and observes the Jewish Sabbath. Ivanka said in the February 2015 edition of Vogue: “We’re pretty observant… It’s been such a great life decision for me… I really find that with Judaism, it creates an amazing blueprint for family connectivity.

“From Friday to Saturday we don’t do anything but hang out with one another. We don’t make phone calls.”

Ivanka ran a fashion line for 11 years, only recently closing it down. She also had a fine jewellery store which closed in March 2017.

Ivanka now focuses on her role as an advisor to the President, Donald Trump.