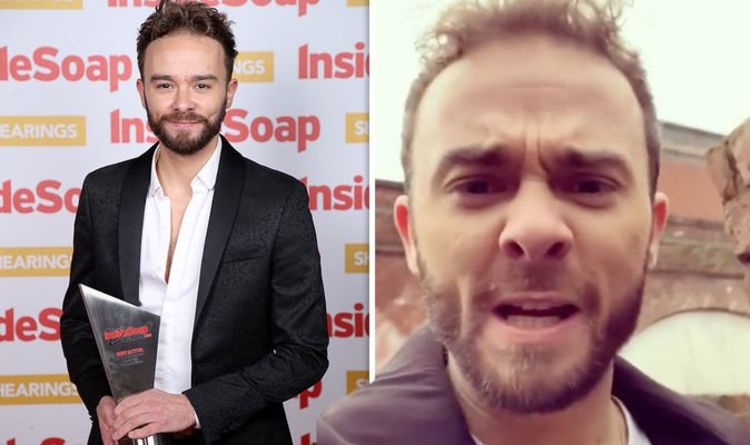 Jack P. Shepherd, 31, has admitted a fan has been sending him some bizarre compliments about his hands on Instagram. The Coronation Street actor revealed some surprisingly suggestive messages he recently received from the admirer.

The fan had been responding to various Instagram Stories showing Jack holding onto a glass of fizz, as his hands were on display.

A screen grab of some of the comments was seen by The Sun, showing Jack giving in and finally replying.

According to the publication, the fan has been messaging the David Platt star on the social media platform since September to inform him about their love of his fingers.

One message read: “I love your hands and nails.”

Another took things a step further, saying: “I want to do things to your hands and nails,” alongside a winking face emoji.

The third read: “I love your hands and nails so much.”

Following the series of messages, the soap star responded by sarcastically writing: “Really, would never have guessed.”

Elsewhere, Jack opened up about his decision to get a hair transplant earlier this year.

“Thank you so much @asimshahmalak and everyone at Crown Clinic #hairtransplant #fuetransplant.”

Speaking about the operation, he explained: “I decided to have it done because my hair loss has really escalated in the last year, particularly at the front of my scalp.

“I remember seeing myself on screen and thinking, ‘Oh my God, it is really falling out’.”

He added: “One of my mates had a transplant and he looked so much better afterwards that I didn’t recognise him.

ByAlyssa Norwin Solange Knowles’ son turned 16 on Oct. 18, and his famous aunt, Beyonce, along with her cute kids, were on-hand for the celebration!Beyonce...
Read more
Celebrity