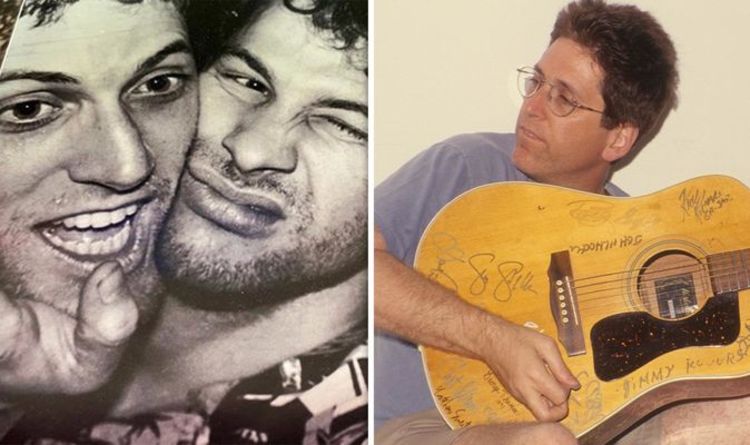 However, he was later replaced by Hillel on a later album.

Jack was loved by fans of Red Hot Chili Peppers, however, he was not included when the band was inducted into the Rock and Roll Hall of Fame back in 2012.

In an interview with Billboard magazine, he said: “I’m being dishonored, and it sucks.

Dave Navarro was also not included in the induction,Jack added: It appeared to be a politically correct way of omitting Dave Navarro and I for whatever reasons they have that are probably the band’s and not the Hall’s.

It comes after Alex asked Steph all about her new Channel 4 daytime show Steph's Packed Lunch. "I have to ask because sometimes you get...
Read more
Celebrity

bshilliday While Gigi Hadid is due to give birth any day now, she’s giving fans a look at how her bare baby bump looked in...
Read more
Celebrity

Jade Boren Thanks to a car problem, Jason Momoa was trapped in the desert in 110-degree heat. But the ‘Aquaman’ star made the situation even...
Read more
Celebrity

It comes after it was alleged that Brad and Angelina are "no longer in family therapy". The former couple are reportedly at odds over how...
Read more
Celebrity

Rachel Riley details how major change has impacted her life: 'Been a lot happier'

But with standing against the cause comes hate, and Rachel felt it her duty to call on Twitter to do the same. "I’ve been on...
Read more
Celebrity

bshilliday Chrissy Teigen accidentally let the cat out of the bag about the sex of her and John Legend’s third child. The mom to be...
Read more