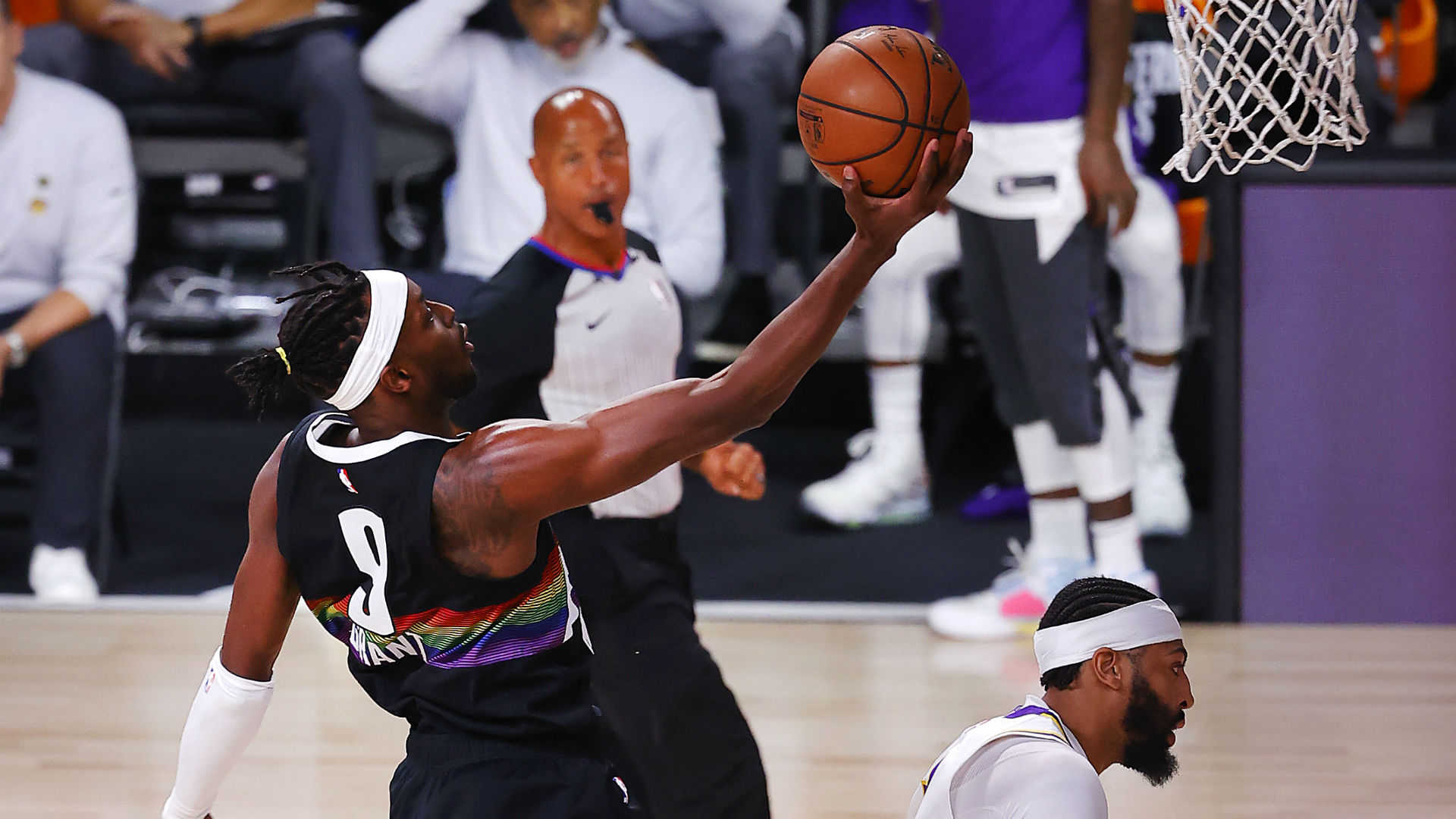 After trailing by as many as 20 points in the fourth quarter of Tuesday night’s Game 3, the Lakers found themselves down by four with a little over two minutes left in regulation. The Nuggets, in the midst of self-destruct mode, desperately needed someone to throw a counter punch to slow down Los Angeles’ flurry.

Jamal Murray arrived with a few haymakers. A quick sequence of 3-pointer, assist and 3-pointer secured victory, ensuring Denver would be down 2-1 in the Western Conference finals instead of 3-0.

Throughout the 2020 NBA playoffs, Murray and Nikola Jokic have come up clutch with the Nuggets teetering on the edge of elimination. They did it again in Game 3 with Murray totaling 28 points, 12 assists and eight rebounds and Jokic contributing 22 points, 10 rebounds and five assists.

But perhaps the biggest swing player on the floor was Denver forward Jerami Grant, who scored a playoff career-high 26 points on 7-of-11 shooting from the field and 10-of-12 shooting from the free throw line. He was a major reason the Nuggets had built such a sizable lead in the first place.

Grant had been struggling offensively, dating back to Game 1 of the Nuggets’ second-round matchup against the Clippers. But he stepped into his shots with no hesitation Tuesday.

“I knew I was going to be aggressive,” Grant told the “NBA on TNT” crew in his postgame interview. “I passed a couple shots up in Game 2 that I knew I should’ve shot. I knew I had to be aggressive, just make them guard me so I could open it up for Jokic and Jamal.”

It would be easy to forgive Grant for his lack of efficiency, given he is tasked with trying to slow down both LeBron James and Anthony Davis. There is no ideal matchup for either All-Star, but Grant’s size (6-8, 210 pounds), length and quickness make him a strong individual and help defender.

“Oh, we’d be down 3-0. That’s the bottom line,” Nuggets coach Mike Malone said when asked where his team would be without Grant’s performance. “Jerami was spectacular — 26 points, got to the foul line 12 times, made 10, had really good defensive possessions guarding some of the best players in the world.”

The work is far from done, of course. The Lakers nearly stole away Game 3 with that late rally, and James and Davis are likely to bring a different level of intensity to Game 4.

Murray and Jokic will be ready. It feels safe to say that much. Maybe Grant doesn’t top his personal playoff best in points again, but the Nuggets need this aggressive, confident version of him in order to make it a series.

“We knew going in what we’re going to get every night from Nikola, from Jamal,” Malone said. “And then you always wonder, ‘Well, who’s going to step up and be that third scorer?’ And tonight, for us, obviously Jerami came through in a big, big way on both ends of the floor.”