Jameis Winston would have had an easy decision had Steelers... 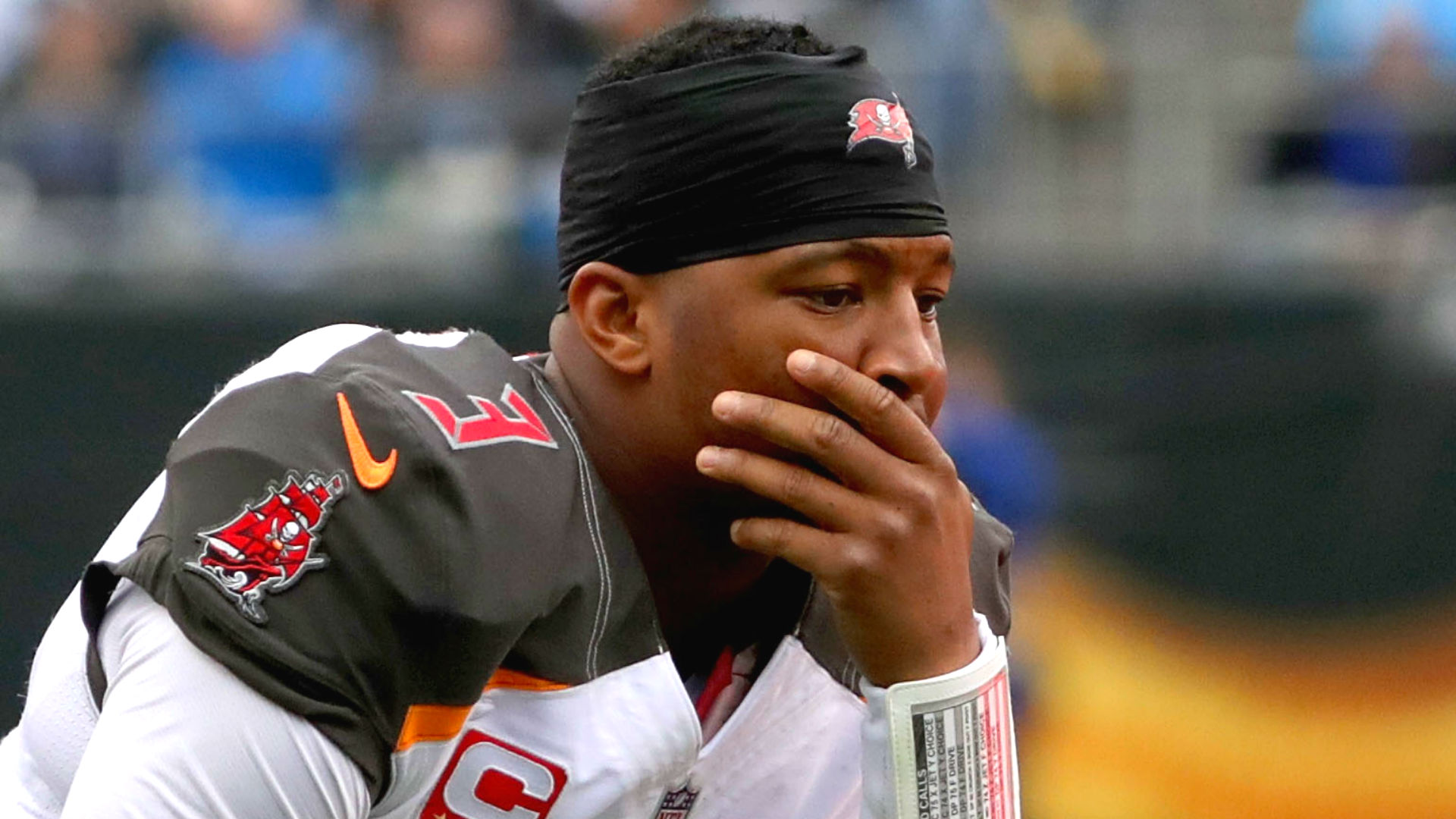 Jameis Winston started 16 games for the Tampa Bay Buccaneers last season, led the NFL in passing yards and yet found himself out of a job. At that point, we are being asked to believe, he was presented with two options to play as a backup and perhaps get the opportunity to reestablish himself as a starting-quality NFL quarterback.

Option No. 1: Play behind a quarterback who has started 97 percent of all regular-season games over the past 15 seasons.

Option No. 2: Play behind a quarterback who missed 14 games just last year because of an elbow injury that required major surgery.

According to Bucsreport.com, he chose the situation where he was far less likely to be needed to play.

Well, Winston did throw 30 interceptions last year, so I guess his decision-making ability could be questioned. But even he could see which of those situations was more promising.

It is quite obvious the Steelers (Option No. 2) never offered a contract to Winston. The Tampa report was refuted hours later by DKPittsburghSports.com.

Wednesday morning, on Pittsburgh radio station KDKA-FM, Steelers general manager Kevin Colbert declared the team was not in the market for a veteran backup for Ben Roethlisberger, whose absence from so much of the 2019 season almost certainly cost the Steelers a playoff spot.

“We’re always going to watch what’s out there. It’s my job to evaluate any position, any player that’s out there,” Colbert told the station’s morning team. “I can honestly say that we absolutely made no negotiation or any offer to any veteran quarterback.”

One can logically say if they had, in this circumstance, they’d have themselves a veteran QB. Winston signed for $ 1.1 million to back up Drew Brees with the Saints, although there are incentives that could add another $ 3.4 million should Winston be called on to perform in the regular season and playoffs. Such a deal would have been relatively cap-friendly for the Steelers, although they don’t often weigh down contracts with performance incentives.

MORE: Projecting who will start for Saints after Brees retires

What few apparently want to believe is the Steelers continue to be confident in Mason Rudolph, their third-round pick in 2018, who started eight games last season and posted a 5-3 record but was benched after a poor performance at Cleveland that ended with him being struck on the head by his own helmet.

Rudolph was thrown into the lineup in an emergency, when Roethlisberger left midway through the Steelers’ Week 2 game against the Seahawks. Rudolph played well in that game and the following week, on the road against the Super Bowl-bound 49ers. He was injured in Week 5, though, on a high hit by Ravens safety Earl Thomas. He left that game but returned to lead victories against the Rams and Colts, among others. He never was quite as sharp, though.

He did throw a pretty touchdown pass when he briefly was reinserted in a must-have road game against the Jets, but his season was ended soon afterward by a hit that left him with a shoulder injury.

Colbert has maintained through the offseason he is comfortable with Rudolph moving forward. Why that’s hard to believe when one looks at backup quarterbacks such as Sean Mannion (Vikings), Matt Barkley (Bills) or Nick Mullens (49ers) is hard to say.

But it’s not nearly so hard to believe as why Winston — with tens of millions of dollars at stake should he prove himself worthy of a starting spot elsewhere — would decline the chance to see if Roethlisberger can last 16 games for only the seventh time in 16 years.

He wouldn’t. No one in his circumstance would.