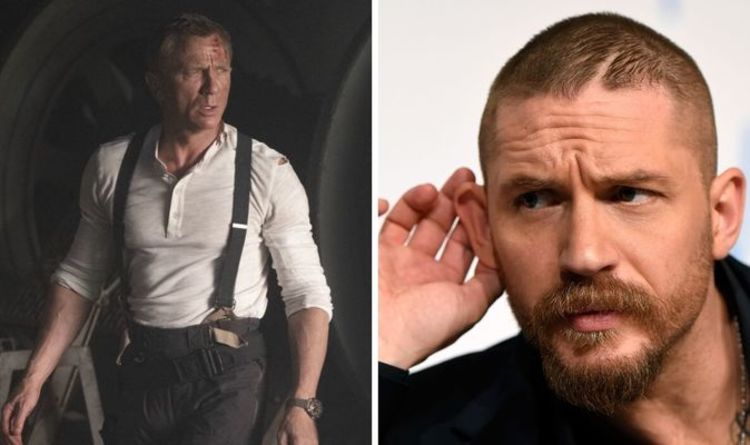 Needless to say, Hollywood is full of rumours and suggestions, especially when it comes to Bond.

Not only are fans desperate to find out who could play the MI6 agent, but they spend hours poring over every trailer and piece of Hollywood gossip about the subject.

When the movie No Time to Die was still a mystery, fans were speculating on what could be in store, and still are until the film hits the big screen later in 2020.

However, the casting of 007 is still a huge deal – but has Tom Hardy already stolen the top spot?

READ MORE: Tom Jones wife: Was Sir Tom married to anyone other than Linda?

Another reason Tom would perhaps not be the Bond everyone hopes for is his fame level.

In previous iterations of the character, a lesser-known actor has been chosen, such as George Lazenby, who had never acted in his life before the role.

In fact, George was a model who had been in an advert when he was given the role – compared to someone like Sean Connery and Roger Moore, both of whom had been on the stage more than on the big screen before their Bond years.

If it is not to be Tom, which will be a real shame for some fans, who could it be?

Sam Heughan, the Scottish actor who is known among Outlander fans but not too widely, is still high in the odds as a young.

Similarly, Henry Golding, who has starred in such movies as Crazy Rich Asians, The Gentleman and upcoming movie Snake Eyes, has also been suggested as a possible actor to take on the mantle.

Henry is certainly climbing the ranks of the fame game recently, but is not a household name and could therefore take on the role.

As well as this, Henry passes the age test as a 33-year-old actor, while Sam is possibly pushing it slightly at 40-years-old.

While it is hard to tell who it will be, generally speaking, the direction of the franchise will hugely be swayed by the star, so the choice of actor is incredibly important.