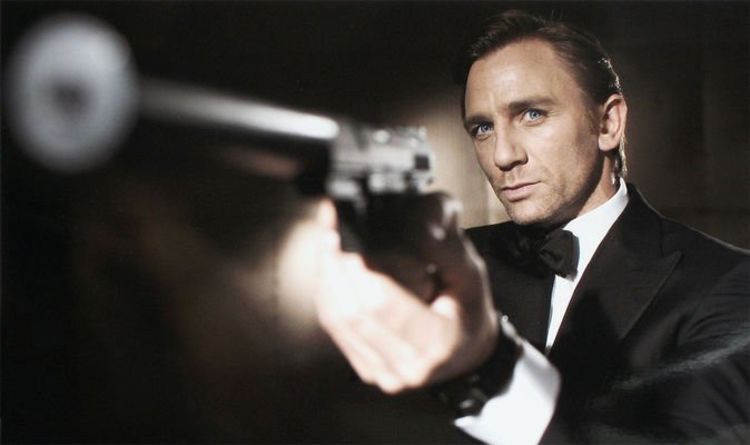 Daniel Craig returns for his fifth and final James Bond movie in No Time To Die. But when it came to considering the role for 2006’s Casino Royale, it turns out the now 51-year-old “refused” to take on the role if it was just repeating 007 as the character had been before. Speaking with Empire, he revealed a certain line of dialogue in the script persuaded him to take on Bond.

Craig said: “One of the biggest reasons I did Casino Royale is the line, ‘A vodka martini, please.’ ‘Shaken or stirred?’

“That’s the reason I did it. Because what I could not do, and what I refused to do, was repeat what had gone before.

The Bond star added: “So I’d rather have just one and gone, ‘Okay, swing and a miss. There you go. Tried my best.’”

Meanwhile, 007 producer Barbara Broccoli revealed why Craig was so “reluctant” to be cast as Bond in the first place.

She said: “He was reluctant to do the role originally because he knew it was going to change his life.

“The fact is, when you take on this role, you’re Bond for life.”

Speaking exclusively with Express.co.uk, author of Catching Bullets – Memoirs of a Bond Fan, Mark O’Connell, pointed out that historically 007 actors were runners up at the auditions before eventually bagging the role.

He continued: “They looked at everyone for Diamonds are Forever, as they were slightly panicking [after George Lazenby turned down more Bond films after just one outing].”

In the end, Connery was persuaded to return for one more outing before Roger Moore’s debut in Live and Let Die.”

The EA Play platform across PS4, Xbox One and PC is coming under added pressure today, with gamers reporting EA servers going down. The problems...
Read more
Entertainment

MANY of us know him from his comedic roles in series such as Waktu Rehat and Oh My English!. But Juzzthin has slowly been...
Read more