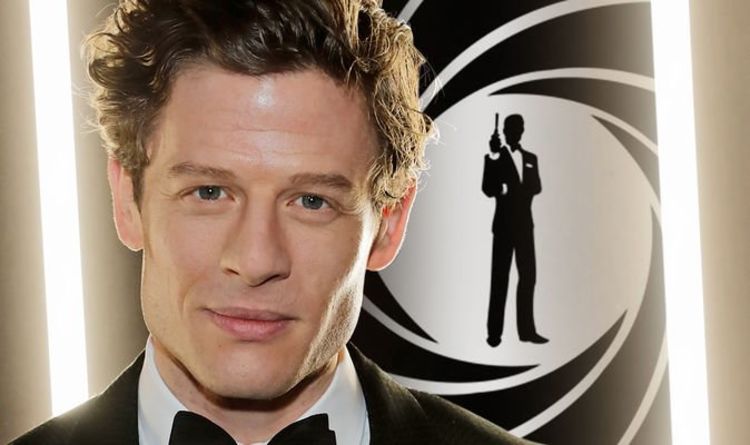 James Bond stalwart Daniel Craig will be exiting the role after 14 years following the release of his last movie in the franchise, No Time To Die, this spring. Ready and waiting to fill his shoes is a host of British acting talent, including former favourite Tom Hardy, Outlander actor Sam Heughan and The Night Manager’s Tom Hiddleston. Over the weekend, however, yet more money was placed on the current favourite, James Norton, prompting bookies to shorten his odds even further.

The Happy Valley star is now priced at just 6/4 to replace Craig as the new 007.

While Norton, who also took the lead in McMafia, is still at the top of the list with Ladbrokes, Bodyguard star Richard Madden is hot on his heels at 4-1.

Close behind in the race to take over from Craig are Heughan and Hiddleston who are priced at 5-1.

Hardy, who was previously the hot favourite for the job, is down at 8-1 now, along with Aidan Turner.

Norton was previously said to have been confirmed as the new Bond following “secret meetings” with franchise bosses but has since insisted no such decision has been made.

“Numerous meetings and secret squirrel script reading were had at the back end of last year,” a source told The Sun. “James has always been in the frame but until four months ago there were no concrete moves.”

The insider claimed Norton “ticked all the boxes” for Bond bosses and said: “James has been filming in upstate New York for the past few months, but was out celebrating recently, with one of his gang openly telling revellers that his mate was the new James Bond.”

An announcement of Norton’s appointment was reported to be set for this summer.

However, he recently admitted Bond producer Barbara Broccoli had come to him with a story idea too good to turn down, roping him back in for a fifth movie.

No Time To Die really will be his last one, however, the actor has confirmed.

Before Craig steps aside to make way for a new Bond actor to take the helm, he has a final mission to tackle.