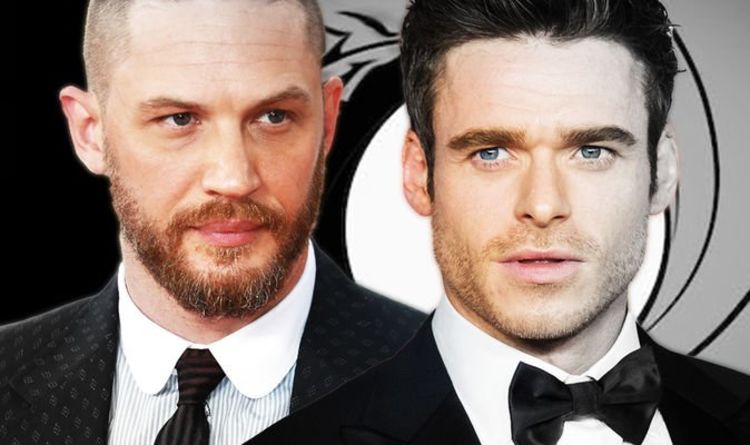 James Bond will usher in a new era following the release of No Time To Die later this year, with Daniel Craig stepping down from the lead role almost 15 years after succeeding Pierce Brosnan. Despite the fact the movie is already overdue, bosses are remaining tight-lipped when it comes to who will take over as the next Bond. But that hasn’t stopped the betting heating up.

According to Ladbrokes, there have been some big moves in the race for the new 007 job over the course of the past week.

Tom Hardy has regained his position as a frontrunner, while Richard Madden, who had been a big name in the betting, has slipped down the list as a result.

Game of Thrones and Bodyguard star Madden’s odds have been pushed back out to 7/2 from 5/1, leaving James Norton and Sam Heughan as the clear frontrunners.

While it may be looking like a two-horse race at the moment, Hardy is making a decent challenge from third in the betting.

The Peaky Blinders star surged forwards last week, his odds being cut from 8/1 to 6/1 and then again to 5/1.

As it stands, he’s looking like the only real competition Grantchester actor Norton and Scottish star Heughan are facing.

Hardy’s name has long been thrown around when it comes to replacing Craig as Bond but, while he expressed his enthusiasm for the franchise, he previously declined to address rumours he could be the one to don the famous tuxedo next.

“There’s a saying amounts us in the fraternity of acting that if you talk about it you’re automatically out of the race,” he told the Daily Beast.

Meanwhile, Norton is holding steady in at the top of the betting, priced at 2/1 to get the Bond job.

Earlier this year, he spoke out to deny reports he had already been confirmed for the role, calling them mere “speculation”.

But claims from an insider for The Sun that the McMafia actor snapped up the part after script readings and meetings at the back end of last year look to have had a profound effect on the betting.

In spite of Norton’s insistence he hasn’t been named the next Bond, punters continue to put their money on him, keeping him firmly in the lead in the race for the new 007.

Heughan, meanwhile, who is priced at 3/1 to get the role, has been having fun teasing fans when it comes to whether or not he could take over, but has claimed he hasn’t had any calls from bosses about stepping into Craig’s shoes.

No Time To Die was pushed back by seven months due to the coronavirus outbreak, with bosses revealing they had evaluated the global theatrical market and taken the decision to delay the film’s release.

As a result, Craig’s era of Bond has been extended but his tenure will still come to an end with the release of his upcoming fifth film.

No Time To Die will see Bond required from active service and leading a quiet life away from the action in Jamaica.

The peace is soon shattered, however, by a visit from his old friend and CIA agent Felix Leiter (played by Jeffrey Wright).

Leiter tells the former spy he’s the only person he can trust with a mission to rescue a kidnapped scientist.