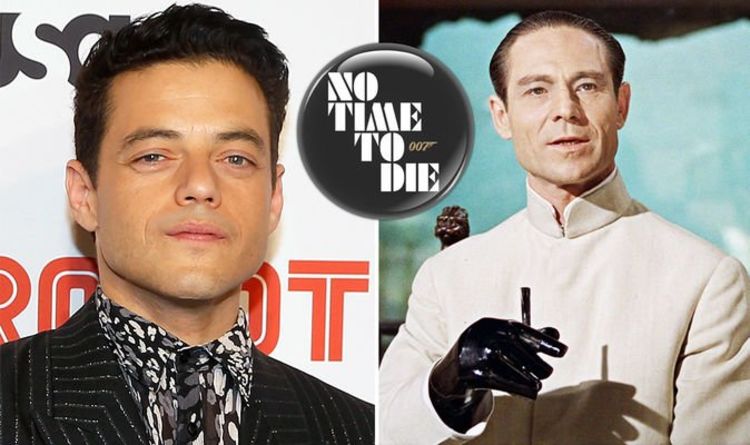 Next April, Daniel Craig’s fifth and final James Bond movie hits cinemas. Not a huge amount is known about No Time To Die’s plot, as we’re still awaiting the first trailer. Similarly, we still don’t even have a name for Rami Malek’s mysterious villain. This has sparked speculation over the last year among Bond fans that his name is a spoiler.

Just think back to Spectre, when Christoph Waltz’s Franz Oberhauser was (rightly) suspected of being Bond’s archnemesis Ernest Stavro Blofeld.

Having brought back the classic villain in a new incarnation, we wouldn’t put it past EON productions to do the same for No Time To Die.

After all, how can you match Blofeld for the final film villain-wise?

Aside from the head of SPECTRE, Auric Goldfinger and Dr Julius No are probably the most famous Bond villains to come to mind for movie fans.

And considering the two of them, Malek certainly would be a great fit for Dr No.

But there’s a couple of other reasons the Bohemian Rhapsody star could be playing him.

READ MORE: IS THIS WHEN NO TIME TO DIE’S FIRST TRAILER IS OUT?

Dr No was 007’s first main villain in the original Bond movie of the same name, back in 1962. Bringing in a new incarnation of him would be a wonderful tribute to the franchise.

The baddie also works for SPECTRE, which could explain his connection to Waltz’ Blofeld, who is also returning for No Time To Die.

With Blofeld in prison, he’ll need another of his colleagues in the evil organisation to keep business running smoothly.

Dr No is also a mad scientist in the film, which would fit in well with the rumoured genetic warfare plot and No Time To Die’s synopsis mentioning the search for a missing scientist – one that’s probably separate to Dr No.

Additionally, Dr No’s lair is at Crab Key, Jamaica and Bond is currently retired on the Caribbean island, while some No Time To Die scenes take place in Cuba, just to its north.

Perhaps Malek’s Dr No has an island in the Caribbean Sea like Crab Key?

And finally, maybe the villain is hiding in plain sight thanks to the title – No Time To Die.

Similarly, fans thought of Blofeld when SPECTRE was announced as the previous outing’s title, so why not Dr No for No Time To Die?

It’s a thrilling thought of Malek taking on such an iconic baddie, so hopefully, the first trailer will spill some beans and prove this theory right or wrong.