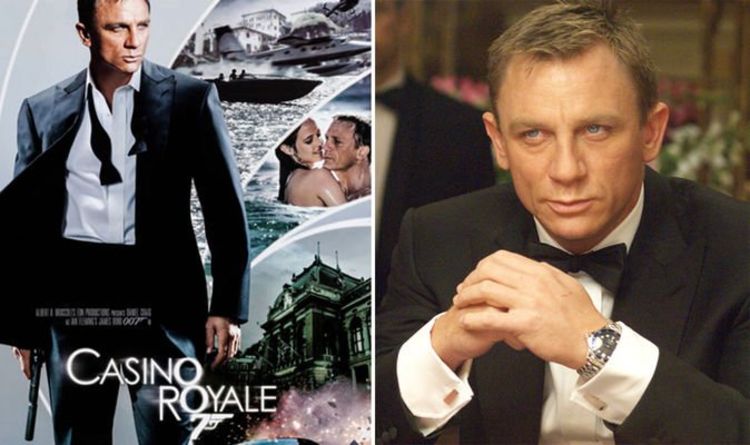 Next April, Daniel Craig returns for his fifth and final James Bond movie. The Spectre sequel will complete a character arc that began way back with 2006’s Casino Royale. But now Bond producer Barbara Broccoli has revealed why Craig was “reluctant” to be cast as 007 in the first place.

Speaking with Empire, Broccoli said: “He was reluctant to do the role originally because he knew it was going to change his life.

“The fact is, when you take on this role, you’re Bond for life.”

Certainly, Craig gets spotted all over the world now – often seen wearing a hat and sunglasses to keep his privacy.

On No Time To Die, Broccoli said: “He’s risen to the occasion. I couldn’t be more proud of him.”

READ MORE: Next James Bond: Daniel Craig and producers speak out on 007 FUTURE

Craig beat a number of stars to replace Pierce Brosnan as Daniel Craig, including Henry Cavill and Sam Heughan.

The two weren’t household names at the time and in their early twenties as Bond producers and Casino Royale director Martin Campbell were considering a younger 007 for the origin story.

But in the end, they went with Craig who was 38-years-old when the movie was released.

Last month Superman and The Witcher star Cavill revealed he was fat-shamed at his Casino Royale audition.

The actor added: “I didn’t know how to train or diet and I’m glad Martin said something because I respond well to truth. It helps me get better.”

Nevertheless, Cavill and Heughan have a better chance for Bond 26 according to a Bond expert.

Speaking exclusively with Express.co.uk, author of Catching Bullets – Memoirs of a Bond Fan, Mark O’Connell, pointed out that historically 007 actors were runners up at the auditions before eventually bagging the role.

Epic Game Store customers be warned: now is your final chance to download Football Manager 2020, Watch Dogs 2 and Stick it to the...
Read more