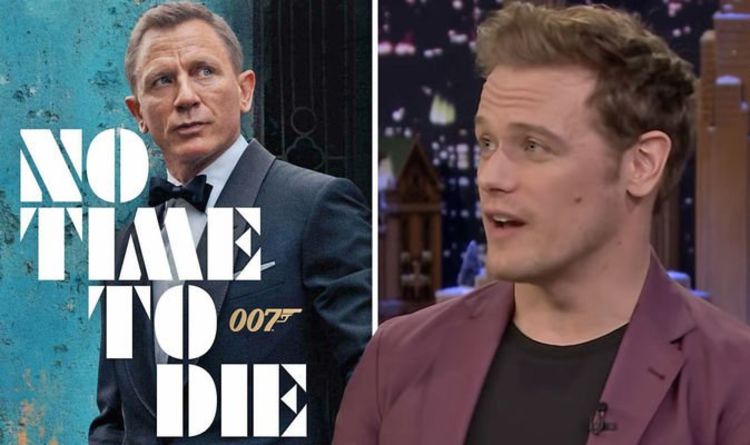 James Bond fans are desperate to find out who will be taking up the mantle as 007 after Daniel Craig sips his last martini in the role next spring. But, if it’s been decided at all, the casting for the next Bond is being kept tightly under wraps. One name is top of the list, however, with bookies tipping Outlander actor Sam Heughan as the new incarnation of the iconic spy.

While Heughan said in the past that he previously auditioned for Bond when they ended up selecting Craig, he has been largely quiet on the topic since his name got thrown in the ring again this year.

That is until the Scottish star spoke out about the possibility of being cast as Bond after No Time To Die.

Asked about the swirling rumours on The Tonight Show Starring Jimmy Fallon, he teased the audience.

However, Heughan went on to make an intriguing revelation, adding that he hasn’t been ruled out of the running either.

While the Outlander star played his cards close to his chest, he certainly didn’t eliminate the possibility of taking on the coveted part after Craig’s departure.

However, while he’s been top of the list since November, his popularity with punters has dropped off in recent weeks.

So far in December, he’s received just six per cent of all bets, in comparison to Tom Hiddleston (5-1) and Idris Elba (6-1) who have a combined share of 40 per cent of the bets placed this month.

This might be due to the short odds on Heughan, however, which might be encouraging fans to put their money on more outside options.

Earlier this year, long before he was installed as a frontrunner for the job, the Outlander actor spoke out about the part in an interview with STV.

ByThe Elvis Files saw Gene interviewing many people closely associated with Elvis, looking for their opinions on the matter. During the show Gene spoke to...
Read more

ByCodemasters has now confirmed Dirt 5 will launch for PlayStation 5 alongside the console itself - so from 12th November in some regions, and...
Read more