James Bond song: Will Billie Eilish’s No Time to Die get to Number One? Odds ON 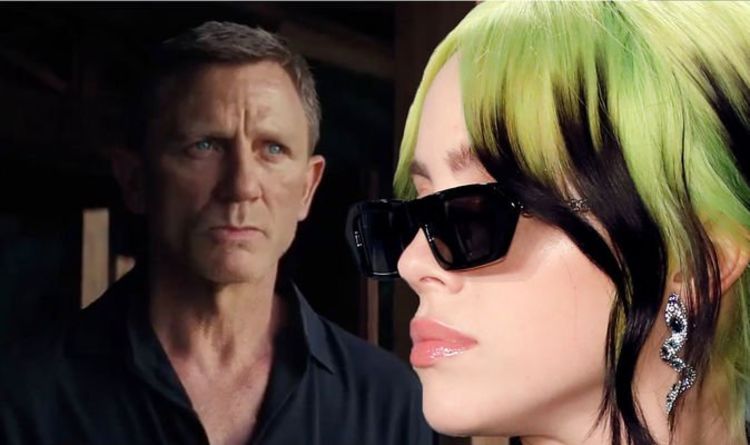 Billie Eilish’s James Bond theme for No Time To Die is odds-on at 1/2 with Coral to top the charts when it is released later this year.

Coral’s John Hill said: “We are expecting Billie Eilish’s Bond theme to be a high hit. She had a big year in 2019 and 2020 could get even better for the young singer.”

Of course, this is not the only aspect of James Bond which is being bet on at present, as many people are hoping they’ve backed the right horse to take on the character after Daniel Craig’s departure.

Mr Hill added: “Although he has played down any rumours, we continue to see a flurry of bets for James Norton becoming the next James Bond where he is the favourite in the betting.

“Richard Madden, Sam Heughan and Tom Hiddleston have all proved popular too in the race to be the next 007.”

At present, James Norton is the 7/4 favourite, Richard Madden is 3/1, while Sam Heughan and Tom Hiddleston are both 6/1.

If these odds are right, this will mean the next Bond will be a British, white male, as has previously been seen.

This is certainly a change from previous bets, which saw many people guessing a woman or BAME person could take on the role.

While few women remain likely after franchise patron Barbara Broccoli renounced the idea, some men from ethnic minority backgrounds are in the running.

However, this comes from the passion and excitement Bond evokes in its fans, and they are pretty much universally pleased with Billie Eilish’s efforts.

One fan wrote on Twitter: “Give Billie Eilish the Oscar for No Time To Die now. She just released one of the best Bond songs of all time.”

Another added: “Not to immediately overreact, but I think No Time To Die is possibly one of the greatest songs ever made?”

A third said: “On first listen, this is one of the best #JamesBond themes since the one by @PaulMcCartney that also had “Die” in the title.

This is high praise indeed, as Live and Let Die, the theme from Paul McCartney is often considered one of the best James Bond songs to ever be written.

And with the help of The Smith’s guitarist Johnny Marr and a Hans Zimmer orchestration of the strings, it’s no wonder this has won over fans as well as critics.

No Time to Die is out in cinemas on April 2

Tom Jones wifeSir Tom Jones and his wife, Linda Trenchard, were childhood sweethearts. The couple met many years ago and were together until Linda’s...
Read more