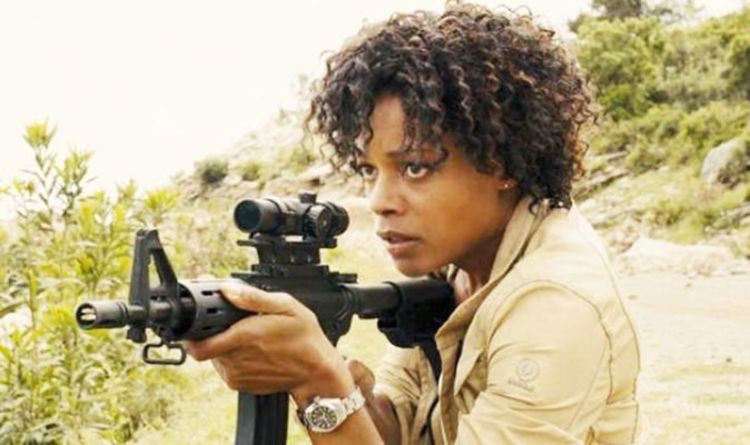 The Skyfall and Spectre star is returning for Daniel Craig’s fifth outing as James Bond in No Time To Die. But during auditions for her first 007 outing, Harris revealed she had her concerns. Speaking with Reggie Yates on his The Road Less Travelled podcast, the 43-year-old Moneypenny star admitted she thought she was being considered for a Bond girl but was worried she’d just be two-dimensional eye candy. Harris said: “I actually thought when I was auditioning for the role that I was auditioning for a Bond girl.”

Harris continued: “That’s what they told me and they told everybody that they were auditioning for a Bond girl.

“And you’re never given the script when you’re auditioning for Bond either.

“I had no idea what it was going to be like. I was thinking, ‘Well am I going to be a tits and arse kind of Bond girl thing? You know, I mean, really? That’s not really me.’

“I was auditioning but I just thought, ‘I’m going to have a real crossroads when they actually give me the script’ because it is not, you know, something that’s representative of me and all my values.”

But then came the third audition and Harris was finally told she was actually being considered for M’s secretary Moneypenny.

She added: “They were just like, ‘Look, you’re not auditioning for a Bond girl, you’re actually auditioning for the role of Eve Moneypenny. She’s going to be a bad-ass, kick-ass out in the field with Bond, going toe to toe with him,’

“A big part of it was Sam Mendes’ idea…so it wasn’t a real dilemma for me at all because I was like ‘This is totally in line with who I am and what I want to represent.’”

In another recent interview, Harris teased that No Time To Die’s script was “unputdownable”.

Speaking with GQ, she said: “There was no putting it down, no stopping for anything.”

Harris added: “It’s a tie-up of Skyfall and Spectre. But with massive, massive surprises that even had me like, ‘Oh, wow!’

“So I think we’re going to really shock people.”

On how Bond has changed in the post-Me Too era, she said: “I would say that he’s reconnected with his heart.

“We’re definitely seeing a Bond who’s more in touch with his feelings and more open to falling in love. At the end of Spectre there are women he gives his career up for.”