James Martin: Islands To Highlands host hits back after viewers... 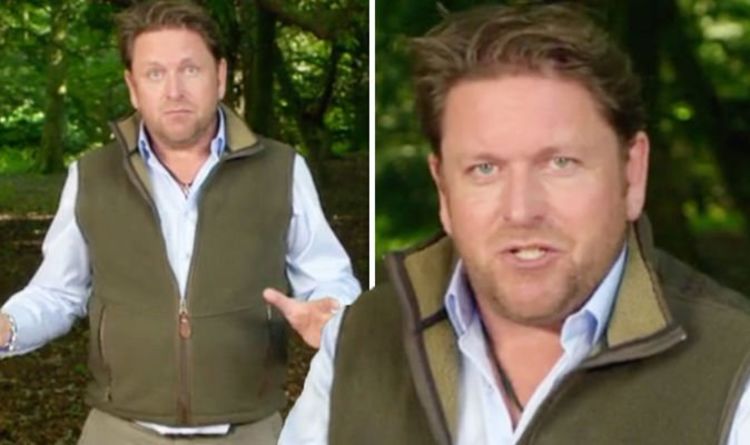 James Martin, 47, faced criticism from some Twitter users yesterday over his pronunciation of Scone Palace. The chef sparked a frenzy on social media when viewers pointed out what they considered to be an error during his new ITV show James Martin’s Islands To Highlands.

In the episode, James enjoyed delicious meals in the grounds of Scone Palace in Scotland.

Sharing an announcement about the show in view of his 672,000 followers, the Saturday Morning host wrote: “Today I’m joined on #islandstohighlands by my mate @NickNairn for a luxury trip aboard The Royal Scotsman.

“On the menu today… duck a l’orange, a tasty ham and cheese toastie in the grounds of historic Scone Palace and more 2pm @itv.”

However, fans became distracted by James’ pronunciation when it aired, with one viewer telling the presenter: “James enjoying your Scottish highland programme, it’s not scone it’s pronounced Scoon.”(sic)

Another commented: “Loving today’s episode since it’s from where I’m from. Could have got @NickNairn to tell you how to pronounce Scone and Comrie though.”

A third person replied: “Love the series so I’m gonna ignore the wrong pronunciation of Scone.”(sic)

After noticing the tweets attempting to correct him on his mistake, James hit back at those who were “kicking off” about the situation.

He wrote: “Wow a few you kicking off that I got scone and not scoooooon wrong so sorry for that.”

One person responded: “Scone. Said as ‘cone’. The end.”

Another added: “Wouldn’t have thought it mattered how its pronounced, still the same place. More to worry about in the world at the moment!”

A third fan wrote: “I live in Scone, pronounced scoon, and I don’t care how people pronounce it.”(sic)

Elsewhere, James suffered an awkward TV moment during a recent episode of his show Saturday Morning.

The chef joined a young family on the programme and assisted them while hunting for eggs which had been laid by their ducks.