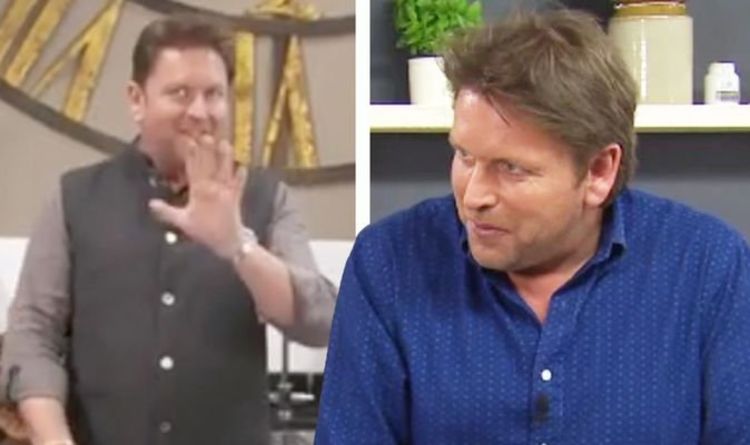 James Martin has been a television chef for many years, best known for his work with the BBC and ITV. But alongside having his own flagship shows, he is a guest on many others, one being This Morning. During an instalment earlier this week with presenters Phillip Schofield and Holly Willoughby, they and the viewers took aim at James for what some might call an excessive use of one ingredient.

Having appeared on the small screen across the nation for the first time in 1996, James has become a favourite with viewers.

From the early days of Ready, Steady, Cook to the super successful French Adventure, James provides stunning recipes and food inspiration no matter what level of home cook you are.

He presented the BBC cookery series Saturday Kitchen from 2006 until 2016 before turning to ITV to have his own rival show, James Martin’s Saturday Morning.

And in amongst all of that, he still finds time to appear on magazine shows like This Morning to create amazing dishes and inspire viewers.

James was tasked with cooking for Holly and Phillip earlier this week – digitally of course and the coronavirus pandemic meant he couldn’t be in the ITV studio.

Live from his kitchen in Hampshire, he was cooking a sausage and bean casserole as well as chilli hotdogs.

“Now for the first of our two trips to James Martin’s kitchen, and it’s a Great British banger special this morning – what have you got for us James?” Holly introduced.

“Yes it is! We’ve got these pork sausages ready to go in the oven then we’ve got lamb sausages more like a lamb chillidog later on really, but this one I’ll think you like!” He began to explain.

And with that he emptied the bowl, Holly was heard muttering: “Oh you are so naughty.”

After cooking the first dish, James was back later that morning to show how he made chillidogs and Holly couldn’t help but make a remark about butter.

“Is there anything else to go on there? I don’t feel like you’ve got enough on there,” Phillip remarked and Holly added: “A knob of butter perhaps James?”

“When you’ve gone I might put more on!” He hit back jokingly.

“Amazing, I wish we were your next door neighbours!” Phillip said as James held his creation up to the camera for them to see.