Jane McDonald reveals what she feared about fiance Eddie Rothe... 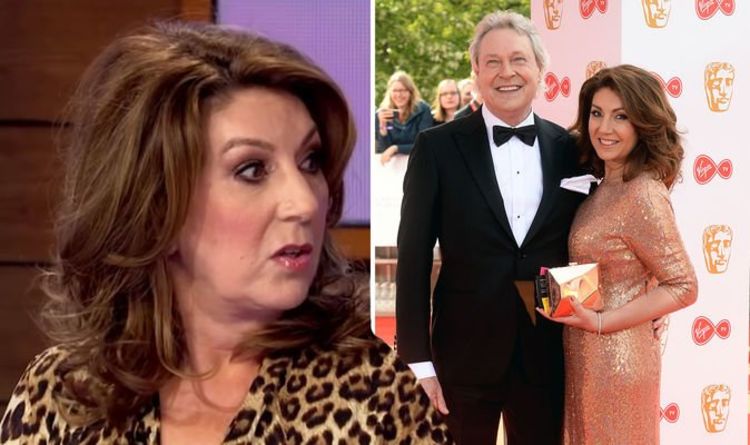 Former Loose Women star Jane McDonald, 56, joined Olly Murs on Chris Evans’ Virgin Radio Breakfast show today to discuss her new project after stepping down from her Cruising with Jane McDonald show. During her interview, she also discussed her book Riding the Waves: My Story, which includes details about how she rekindled with her fiancé Eddie Rothe.

Presenter Chris Evans quizzed Jane about how she reunited with her partner Eddie Rothe 27 years after they first dated when she was 18.

Jane went on to explain she had met the singer again in the ITV studios in an unexpected reunion.

At the time, the host was on Loose Women, while Eddie was a guest on This Morning.

Jane admitted she was encouraged to go and speak to her ex at the time by a make-up artist on the show, but she feared he wouldn’t remember her and believed he would be married.

Luckily for the singer, Eddie had just finalised a divorce from his now ex-wife.

Ahead of plucking up the courage to speak to the former The Searchers at the time, Jane admitted she feared he had forgotten about her.

But, her now husband-to-be actually gave her his business card and encouraged her to contact him.

Recalling what he said to her, she said: “He said, ‘Look I’ve just been through a divorce, here’s my card if you want to talk to me’.”

“I was a girl from Wakefield and I thought, ‘I can’t handle this,’ so I got in the car and went home. We never fell out, we just split up really.

“So then we just saw each other [again] and then boom.”

Jane and Eddie have now been in a relationship since 2008 and are currently engaged.

The television star went on to credit her long-term partner for supporting her throughout her career.

She added: “He gave up his career for me which is lovely, he was in The Searchers.