Jayne Torvill husband: Is Torvill married to Christopher Dean? Inside their relationship 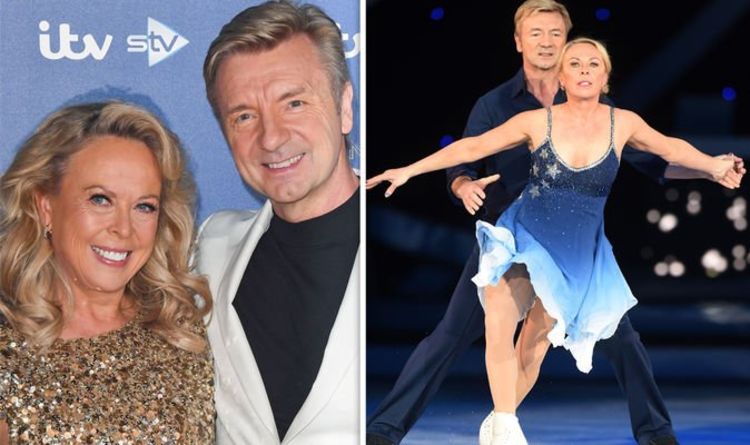 Dancing on Ice returns to ITV tonight (January 5) with another year of the hit ice skating competition. The show began back in 2006 when legendary ice skaters Jayne Torvill and Chirstopher Dean first began teaching celebrities to skate and perform routines to dazzle the judges and audiences alike. The ice skating duo have been partnered up professionally since the 1970s but are they in a relationship? Here’s everything you need to know about the ice skaters.

Torvill and Dean were British, European, Olympic and World champions but they shot to fame in 1984 during the Winter Olympics held in Sarajevo.

They won gold and became the highest scoring figure skaters of all time for a single programme with their routine skating to Maurice Ravel’s Boléro.

Then 13 years ago, the ITV reality show began and once again the dancing duo were reunited on television where we see them help the celebrities who sign up to the challenge and on

more than one occasion, have been treated to a performance of the Boléro.

Dean has been with former Dancing on Ice judge-turned-head coach Karen Barber since 2011.

The pair have been friends for decades but when they both split up from their other halves, they started dating.

In a joint statement released at the time, they said: “We have been great friends for more than 30 years.

“Following recent media speculation, we feel the necessity to confirm that this year has seen a change in our relationship, but we are taking things very slowly, as it is early days.

“We’d very much like to thank our dear friends, who have been so incredibly supportive to us.

“We both have families with children, so we ask the media to please respect their privacy.”

However, dance partners Torvill and Dean did share a kiss once.

EastEnders spoilers: Honey Mitchell gets back with Billy? [SPOILER]

Election results map: How did YOUR constituency vote? Who is your MP? [MAP]

Speaking to Radio Times last year ahead of an ITV biopic about their careers, Dean confessed they kissed at the back of a bus when they were teenagers.

He said: “We were 14-years-old, and teenagers in the most naive sense. We didn’t talk about it much after. The skating was everything and having a relationship just didn’t occur to us.

“There is still a romance, though. I love Jayne. But in a passionate friend way.

“Strictly Come Dancing relationships are just a flash in the pan, aren’t they?

“Jayne and I have grown up over decades together. Partners have had to learn to accept our relationship.”