Jeanine Pirro to Mitt Romney: 'How about you get the hell out of the United States Senate?' 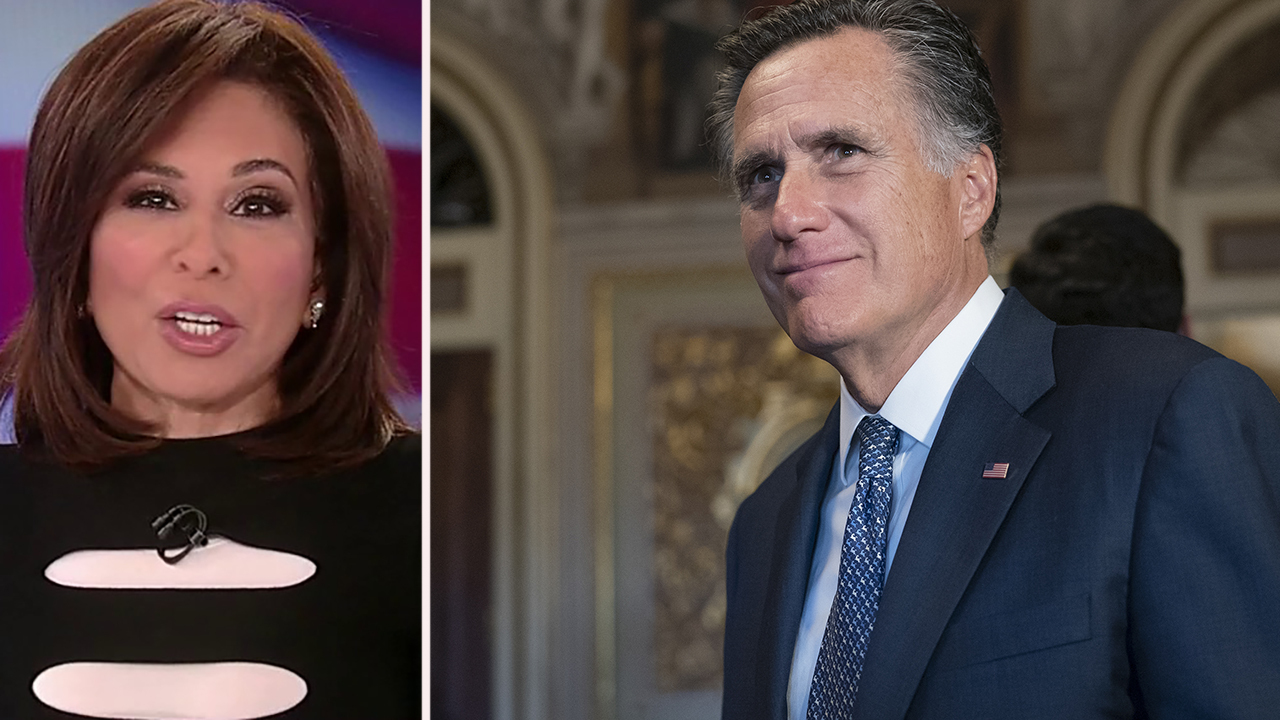 After voting to convict President Trump in the Senate impeachment trial, it’s time for the junior senator from Utah to pack his bags and take some time off.

Pirro claimed that Romney — the 2012 Republican presidential nominee from Utah, who lost to Barack Obama that year — voted the way he did out of jealousy of Trump, who was able to win the White House for the GOP four years later.

“Permit me to introduce you to a non-leader,” Pirro said on “Justice with Judge Jeanine.” “The first United States senator in American history to vote to convict the president of his own party — Mitt Romney, the sole and only Republican to vote to convict President Trump.

ROMNEY ANNOUNCES HE WILL VOTE TO CONVICT TRUMP IN IMPEACHMENT TRIAL

“Do you ever wonder why people never mention God or religion — only bring it up when they get caught doing something or when they need an excuse for something they did?” Pirro asked. “What a bunch of phonies.”

“Do you ever wonder why people never mention God or religion — only bring it up when they get caught doing something or when they need an excuse for something they did? What a bunch of phonies.”

“Your jealousy of this man [Trump] is a constant rage burning within you because you can never rise to the heights that he has,” Pirro said. “Because guys like you fold like wusses and you don’t have any selflessness or the ability to think about others, as Donald Trump has thought about making America first.”

The host called on Romney to resign from office and ripped his attempt to win over the “Trump-hating left.”

“How about you get the hell out of the United States Senate?” Pirro said. “The people in Utah are furious with you, and your dream of endearing yourself to the Trump-hating left is a joke.”

Eva Hamrud, Metafact As a species, humans have populated almost every corner of the earth. We have developed technologies and cultures which shape the world...
Read more