Jennifer Lopez earnings: How much does J-Lo earn? SHOCK results 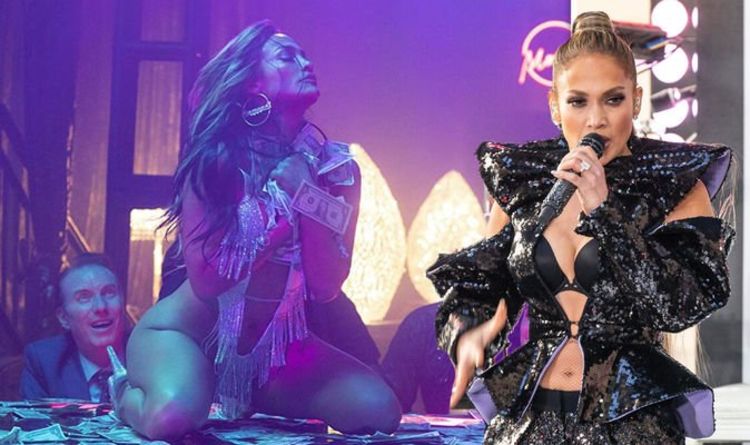 J-Lo has been a household name for decades – whether she is on stage performing, releasing a new album or performing in a new movie. She was even nominated for a Golden Globe this year for her work in Hustlers but her next big thing is the Super Bowl halftime show. But how much does Jennifer Lopez earn with all of her endeavours?

There are some surprising results to a recent survey from onlinegambling.ca, who revealed exclusively to Express.co.uk that part of J-Lo’s earnings come from a very lucrative source.

While fans may think watching Lopez’s music videos or listening to her songs on Spotify are the best way to see her earnings skyrocket, that may not be the case.

In fact, it turns out J-Lo does pretty well from her Instagram account, which can earn her around £360,000 per post, compared to only £3,000 which she earns when a song of hers is streamed on Spotify.

She only earns just over £1,000 when her content on YouTube is played, meaning Instagram images of her incredible assets – and sometimes product partnerships – are the best way for her to earn out of these three platforms.

Shakira, J-Lo’s Super Bowl partner, has a similar amount coming through these channels and earns substantially more from Instagram compared to Spotify or YouTube.

Of course, J-Lo has plenty more streams of income as well, meaning she has not done too badly off her work in movies and various other endeavours.

It is believed Jennifer Lopez has a net worth of around $ 400million, which is about £306.2million, with around 10 per cent of this coming through every year.

Other than J-Lo’s music, she is a regular movie star, taking roles in everything from romcoms to biopics.

Her most recent film, Hustlers, saw her gain a Golden Globe nomination for Supporting Actress, and Twitter blew up with angry fans when she failed to gain an Oscar nomination for the role.

This was J-Lo’s second nomination for a Golden Globe, as she was nominated for her role as Selena Quintanilla-Pérez in the 1997 film Selena, which is also considered to be her breakout role in the film industry.

However, Lopez continues to impress with strings to her bow.

In 2003, Lopez took her incredible influence as a dancer, singer and actor to new heights when she moved into the business world, launching her first designer clothing brand.

In the same year, she released her first fragrance, Glow by J-Lo, which is still sold in stores all over the world today, as well as its variants.

J-Lo finally made a move to TV when she appeared as an American Idol judge, which earned her around £9.2million ($ 12million) a year for the five years she was on the show.

She has had various lucrative partnerships as well, starring in a series of TV ads for car manufacturer Fiat, as well as for Facebook’s new Skype-like system, Portal, and for Guess, the fashion company.

Of course, when J-Lo takes to the stage for the Super Bowl, it is likely those Spotify streaming numbers and Insta likes will certainly rise.

ByWHEN Malaysia was first introduced to Ashwin Nair (or Ash), he was one of 11 aspiring finalists on season 2 of Malaysian Idol (2005)...
Read more