Jeremy Clarkson: ‘I’m so fed up’ Grand Tour star hits out as he mocks Jeremy Corbyn 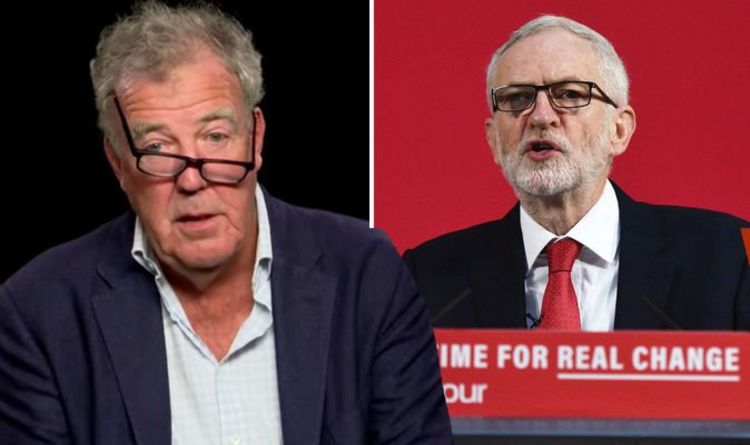 Jeremy then put glasses on at a diagonal angle to mock the Labour leader.

He added: “He goes with his glasses like this, he can’t even arrange these, ‘For the many not the few’.

“Everyone goes, ‘Oh that sounds nice,’ even though his glasses are not on straight and they buy into it.

“Whereas of course, those of us who are old enough to remember know this is a hopeless, hopeless proposition.”

Labour leader Corbyn recently said in a debate against his rival Boris: “Socialism, carried out in a democratic way, in this country, Scandinavia and elsewhere, has raised the living standard.”

By Arnold Schwarzenegger is on the mend after another heart surgery. On Friday, Schwarzenegger revealed on Twitter that he has “a new aortic valve” and thanked...
Read more
Celebrity

By Jason Brow The love between Ashely Benson and G-Eazy tastes sweet. At least, here’s hoping it does, because the rapper was spotted giving her lips...
Read more
Celebrity

By Meredith Nardino Not all breakups are messy. Bethenny Frankel doesn’t have any hard feelings toward ex Paul Bernon after calling off their two-year relationship. The Real...
Read more
Celebrity

By Adele looked nothing short of sensational in the trailer for her upcoming TV appearance, despite wearing a protective face covering. The singer showcased her...
Read more
Celebrity