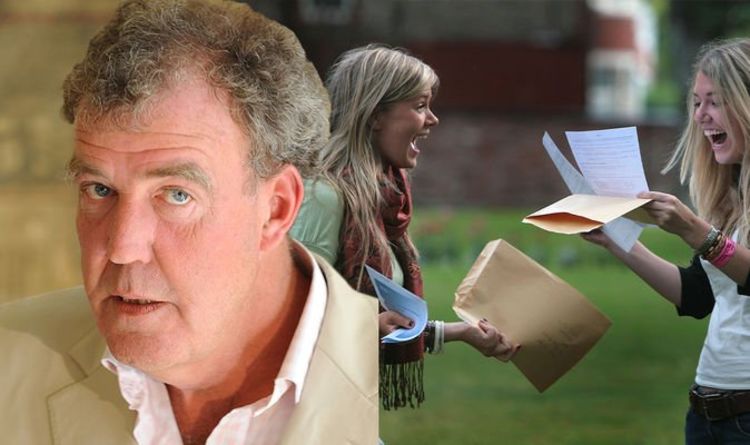 “People of my age will be enraged by this. I certainly was. I did very badly in my A-levels because I suffered, back then, from debilitating hay fever.

“And because I did no revision. But mainly because I’d been expelled 10 weeks before the exams began and already had a job.

“But, whatever, I did very badly and it never occurred to me that if I applied a bit of light pressure, James Callaghan would give me three As, “ he added.

However, Jeremy also believes that it isn’t all bad that Generation Z can live in an instantly gratuitous world.

Samantha Wilson Lauren Conrad and Whitney Port reunited for Whit’s new podcast and dished about their friendship, ‘The Hills: New Beginnings’ and much more.It’s been...
Read more
Celebrity

Julia Teti Vanessa Bryant released a statement to Univision after her mom, Sofia Laine’s, September 21 interview where she alleged to being kicked out of...
Read more
Celebrity

Samantha Wilson Sofia Richie sent her big sister and ‘soulmate,’ Nicole Richie, so much love and happiness on her 39th birthday. The model posted the...
Read more
Celebrity

Samantha Wilson Lauren Conrad and Whitney Port reunited for Whit’s new podcast and dished about their friendship, ‘The Hills: New Beginnings’ and much more.It’s been...
Read more

Scott GilbertsonOBJECTIVE Every device on your network is bombarded 24/7 with malware, banner ads, pop-ups, and activity-tracking scripts. All that extra cruft slows down your...
Read more

The study's authors wrote: "Amongst the people of the ancient Middle East, the Assyrians were noted for their cruelty, which has been hypothesized to...
Read more