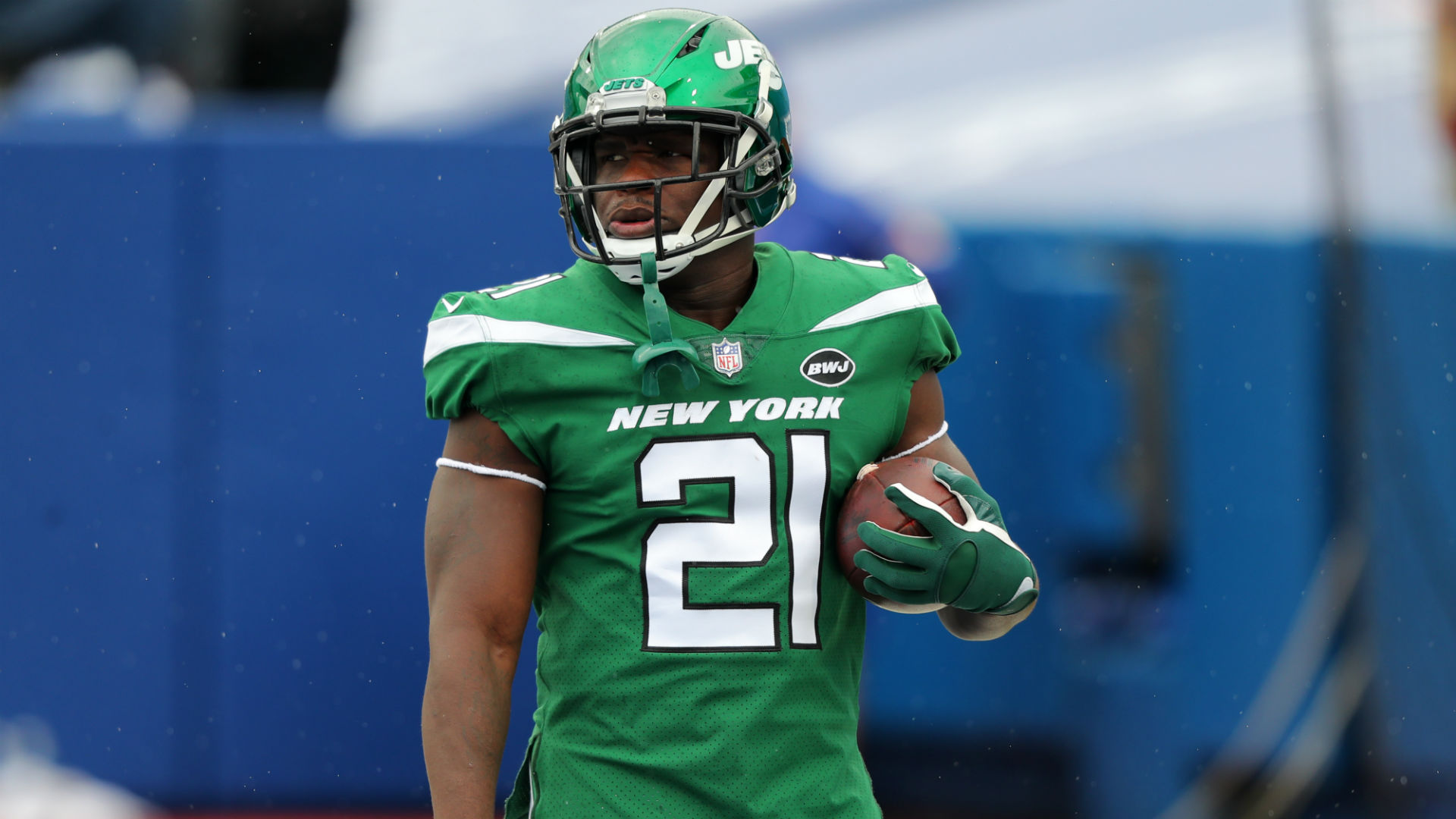 Frank Gore’s son, Frank Gore Jr., is playing college football this season for Southern Miss. Gore himself plays the position with the most attrition in the National Football League, running back. Yet even as his son plays Division I football, Gore continues chugging along in the NFL.

Gore signed with the New York Jets in the offseason to be Le’Veon Bell’s backup. But with Bell hurt, Gore is holding down the starting running back job for the Jets ahead of their Thursday Night Football matchup with the Denver Broncos. Gore isn’t the fastest running back anymore – he never was – but the 16th-year pro from Miami is on the verge of unprecedented production by a running back of his age.

MORE: The oldest players in the NFL

How old is Frank Gore?

While Gore’s pace could shift depending on Bell’s health, he’s on pace to carry the rock 224 times this season, which would fly by Allen. He likely won’t match the 11 touchdowns Allen had in 1997, but pushing past the carry and yardage totals are certainly possibilities for Gore.

Longevity has already given Gore one NFL record — he’s carried the ball 100 or more times in every one of his 15 completed NFL seasons. That’s already one more than Emmitt Smith and two more than Allen, Jerome Bettis, Walter Payton and John Riggins. Gore will likely carry more than 100 times this year, as well, cementing his status as a running back who just showed up every week and did his job.

Just looking at the 2005 49ers team that Gore broke in out of Miami can give you a sense for Gore’s age. Mike McCarthy was that team’s offensive coordinator prior to his head coaching journey through Green Bay and now Dallas. Other future head coaches were assistants for that team, too, including Ben McAdoo, Vance Joseph and Mike Singletary. Alex Smith was San Francisco’s rookie quarterback that year. And they opened the season with a game against the St. Louis Rams, led in those years by Marc Bulger, Torry Holt and Isaac Bruce. Bruce was just elected to the Hall of Fame.

MORE: The NFL’s highest-paid players in 2020

Will Frank Gore make the Hall of Fame?

Speaking of Canton, the length of Gore’s career gives him a strong case to eventually join Bruce in those sacred halls some day. Gore has rushed for 15,491 yards in his career and counting, which is third-most all time behind Smith and Payton. Gore and his fellow active running back, Adrian Peterson, are the only two players in the top 18 in rushing yards ever and not yet in the Hall of Fame.

Gore does lag behind in touchdowns from some of the all-time greats, having rushed the ball in for a score 79 times, which ranks 21st in history. Another 18 receiving touchdowns push Gore closer into the category of greatness, though.

Today’s running backs might be faster and stronger than ever, but Gore wasn’t a blazing runner, even in college — he ran a 4.58-second 40-yard dash at Miami’s Pro Day. There’s no way he’s even that fast now. But he puts his head down, pounds between the tackles and just slowly piles up more and more yardage on what is likely a Hall of Fame trajectory.

Basically the only thing Gore has missed out on in his career is a Super Bowl title. That won’t be happening in 2020 with the Jets. But he’s made five Pro Bowls, rushed for 1,000 yards nine times and never once missed more than five games in a season. In nine of Gore’s 15 completed seasons, he played in all 16 games.

Young running backs might not dream of having Gore’s career one day — they likely think of flashier choices like AP, Saquon Barkley or Christian McCaffrey. But maybe they should dream of having a long, consistent, effective career like Gore’s. He’s been one of the best.

BySporting News The Rams couldn't have asked for much more from their defense in the second half Monday night in a 27-24 victory over the...
Read more

ByBy Zachary Brennan The CDC panel weighs in: ACIP met on Monday and unveiled the principles that will guide its recommendations. The group says vaccine...
Read more