Jihadi Jack and other British ISIS fanatics WILL be tried... 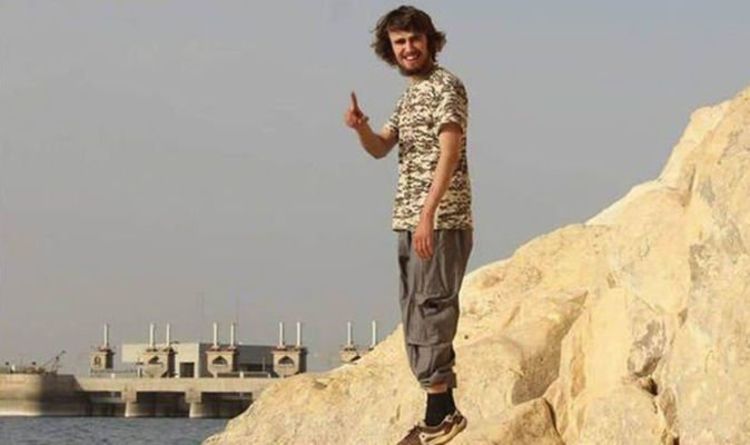 The cases of 10 British ISIS fanatics will take place in special Syrian courts from next month after the Kurdish Syrian Democratic Forces (SDF) gave up waiting for Britain to welcome them home. Oxfordshire’s own teenager Jihadi Jack, whose real name is Jack Letts, will face trial along with around 2,000 other runaways who like him fled their home nation to fight on the side of terrorism. Abdulkarim Omar, the co-chair of the Foreign Affairs Ministry of the Autonomous Administration of North and East Syria confirmed trials will take place in March, the Daily Telegraph reports.

He said: “The administration here fought this war, it defeated ISIS alongside the Coalition, it took all these prisoners and has since been searching for a solution.

“They put one proposal to the world that the various states should take back their own ISIS fighters and take responsibility for them. This was ignored, so they went away and came back with another proposal this was also ignored, so they’ve now turned to this third-place proposal.”

The announcement was made after a meeting between the SDF’s foreign relations committee and Finland’s Ministry of Foreign Affairs.

Letts will be tried along with other Britons Mohammed Anwar Miah, 40, from Birmingham, and Aseel Muthana, 22, from Cardiff.

It comes four months after Letts’s parents benefitted from £122,000 in legal aid for lawyers to help them fight allegations of sending him money.

John Letts and Sally Lane were eventually convicted of supporting terrorism by sending £223 in cash in September 2015.

A judge at their trial described the pair as “two perfectly decent people in custody because of the love of their child”.

The pair were sentenced to 15 months’ imprisonment, suspended for 12 months.

They had previously condemned the Government for leaving their son in a “legal black hole” by stripping him of his British citizenship after he decided to join up with Islamic State fighters in Syria in 2014.

Letts, a Muslim convert from Oxford and dual UK-Canadian national, admitted fighting against the Syrian regime in an interview in June but said he regretted being with the “wrong people”.