Jim Montgomery on Stars dismissal, road to sobriety: 'That firing was deserved' 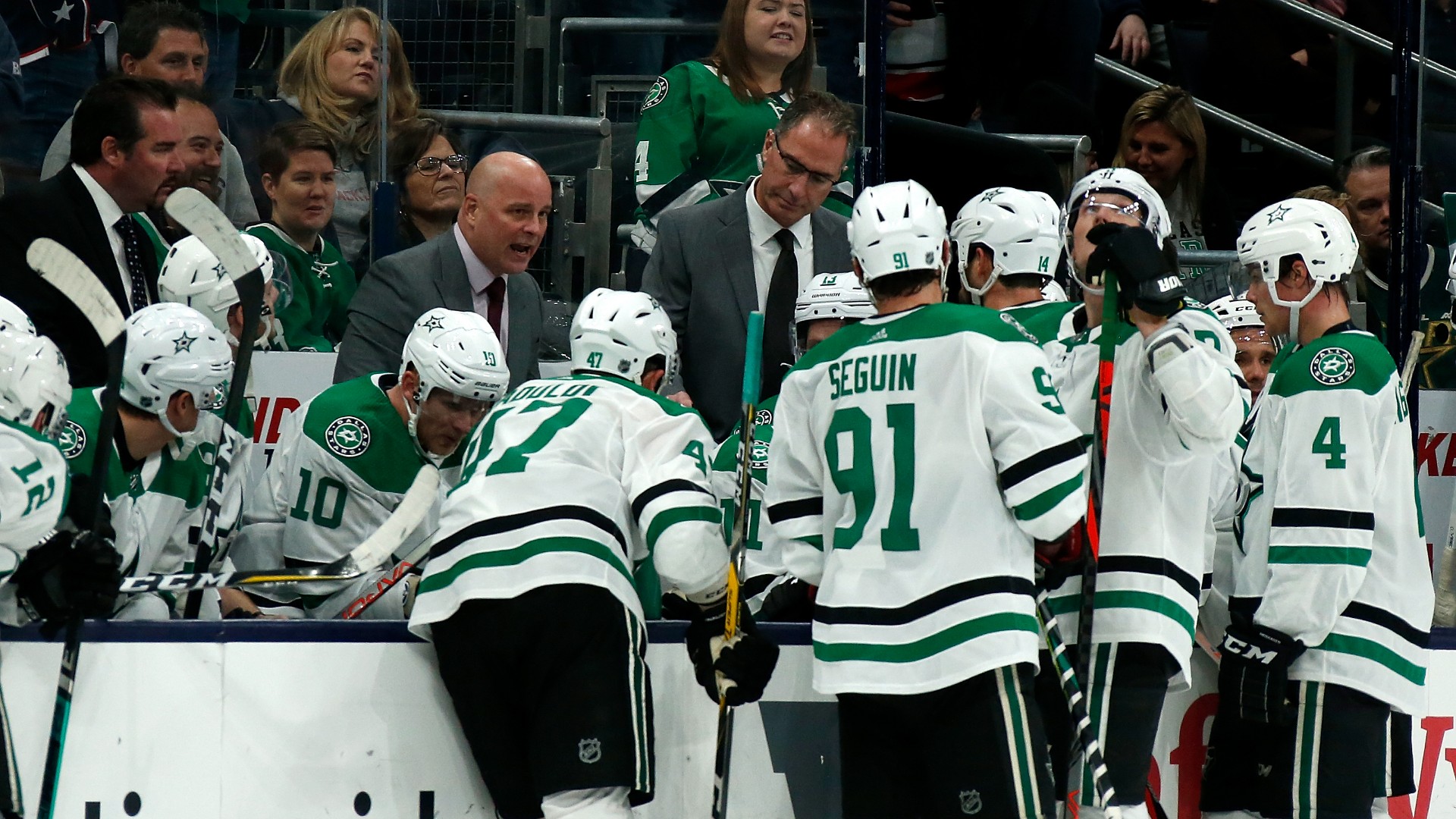 Former Dallas Stars head coach Jim Montgomery spoke publicly for the first time since he was fired by the team on Dec. 10 for “unprofessional conduct.” In an interview with TSN’s Pierre LeBrun, Montgomery revealed his battle with and recovery from alcoholism. He said the team was justified in its decision to remove him as head coach.

“When I looked in the mirror, people wonder why I’m thankful for the Dallas Stars and (general manager) Jim Nill for what they did even though I understand that I disappointed Jim Nill, the staff I worked with and the players especially. I let them down,” Montgomery reflected. “That firing was deserved. I wasn’t doing the right things.

“I felt I was being a hypocrite. I was asking my players to do the right thing and yet I wasn’t. I think it’s important to know that as I did before I went through all of this undertaking, of understanding science and what alcohol does to you.”

On Dec. 10, Nill wouldn’t go into specifics for why Montgomery was fired when speaking with reporters at a press conference. Montgomery told LeBrun that he was warned a couple of times by Nill and his wife about getting himself in trouble due to alcohol.

“That’s when you know the disease is progressive because in my 20s and 30s, I didn’t think it was but in my 40s, when I look at it now, never did I believe it was a problem because I’m going to fix this myself,” Montgomery said. “I had fixed everything in my life myself and I could not fix my problem with alcohol and I needed to go get help.”

Montgomery said it took getting firing by the Stars for him to realize he was an alcoholic. He said since college, he would drink once a week.

“You celebrate your victories on Saturday night and went hard, partied hard,” Montgomery described. “I didn’t have any problems with alcohol until I was 38. I got a DUI at a coaches’ retreat in Florida and that was the first time that drinking had led to me having problems, although there were several nights previously that I know I drank too much. That DUI led me to do some soul-searching.”

Since his firing, Montgomery has been going to intensive therapy in Dallas and has a daily program, which he calls “conditioning to my sobriety.”

“I’ve sought that help and that’s why I talk about that daily conditioning allows me to have a sober life and my life is much better,” Montgomery detailed. “I tell you that a lot of people have told me that your life is going to get better and now that I’m coming up on six months, it does get better.

“I’m just thankful for all those reasons for the Stars letting me go.”

Montgomery described what it was like for his family the day he got fired by Dallas.

“The day I was let go by the Stars, incredible shame and guilt to have my family name, to tell your wife who has warned you that you lost your job because of this,” Montgomery said choking up. “My two oldest children are boys, 10 and eight, and I have to tell them you lost your job, not because the team was losing but because of your own actions and behaviors and your addiction to alcohol is really, really hard.”

In two seasons with the Stars, Montgomery led the team to a 61-43-10 record taking Dallas to the second round of the Stanley Cup playoffs last year, losing to the eventual champion St. Louis Blues. Right now, Montgomery is focusing on his recovery and his family but is optimistic he’ll return behind the bench.

“I am hopeful to coach again,” Montgomery said. “It’s my passion. It’s what I love to do. I don’t control the opportunities that are going to come my way and I do not worry about the future. I just focus on right now and what I control.”

ByGemma filmed herself in the midst of an early morning workout as she told her 1.5 million Instagram followers: “Morning, so I’ve made a...
Read more