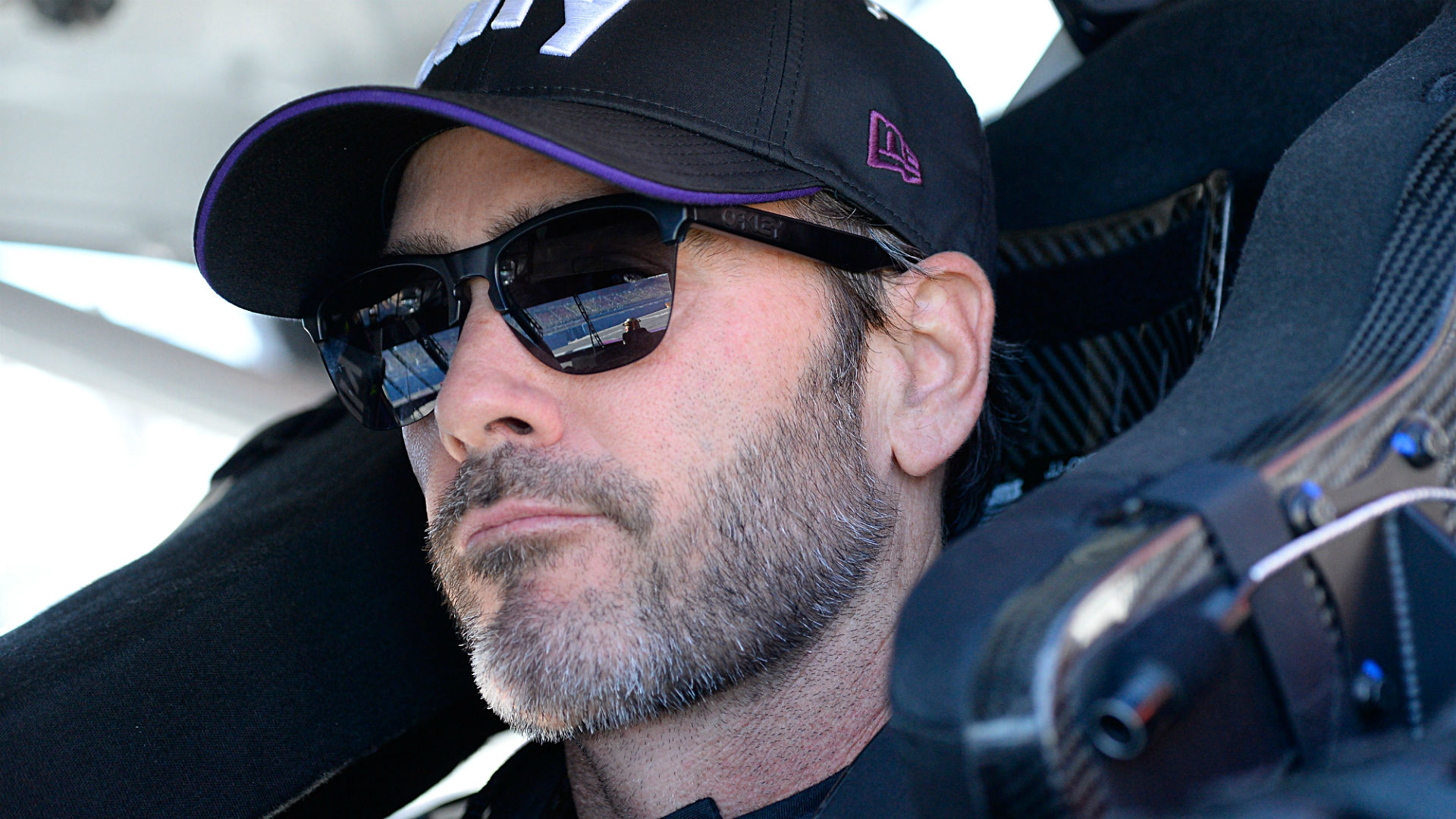 Jimmie Johnson on Sunday thought he was on the verge of his first NASCAR Cup Series win in three years.

Restarting third with just 19 laps to go in the Quaker State 400 at Kentucky Speedway, the seven-time Cup champion was stuck on what had become a detrimental inside line, but shortly after setting the race’s fastest lap time, he knew he had a car worthy of beating Martin Truex Jr. and/or Ryan Blaney in front of him. Then Brad Keselowski got a big jump on the restart from fifth behind Johnson, ducking to the inside right after the start/finish line. Johnson blocked — or so he tried.

The 44-year-old was too late, as Keselowski had already snuck his right front bumper under Johnson’s left-rear quarterpanel. Contact between the two cars sent Johnson spinning into the Kentucky Speedway infield.

Neither Johnson nor Keselowski was interviewed by Fox’s TV crew after the race, but the former took to Twitter to express his apparent frustration with how the restart in front of Keselowski played out.

And the latter told his team on the radio that Johnson was to blame.

#NASCAR: Brad Keselowski on radio after contact with Jimmie Johnson:

Keselowski’s complete explanation, courtesy of Fox Sports’ Bob Pockrass, was given after the race:

“They launched together, the inside lane (Ryan) Blaney (in first place) and Jimmie, and they stretched and then they started to slow down, and as they slowed down I just had a huge run and I made a move to the inside. I was turning down towards the grass. I might have had a foot or two, but I couldn’t go much lower, and I don’t know if he was trying to turn down to get underneath Blaney, but he turned down, and I was too far forward. That was kind of unavoidable contact at the time.

“I don’t know. I hate that I ruined his day. I don’t necessarily know what to do different. If I had stayed in line and just pushed him, I was gonna get gobbled like I did on the last restart, so just part of the mayhem with these restarts. … Everybody knows that the only real chance you have to pass is on a restart, and it’s a give-and-take fest.”

For what it’s worth, Fox TV analyst Jeff Gordon — who is a former Hendrick Motorsports teammate of Johnson and who notably ignited a brawl when as a driver he tried to fight Keselowski after a race in 2014 — did not assign blame to the Team Penske driver on the broadcast. Gordon made the point that Keselowski was in a position where it made little sense to lift at that point in the race.

Of course, Keselowski had no problem helping a fellow Ford driver when he gave Kevin Harvick pushes on the final two restarts (granted, in the preferred, outside lane). Johnson, a Chevy driver, was not given that luxury with 19 to go.

Johnson’s next chance to “restart behind Keselowski” could come Wednesday night in the NASCAR Cup Series All-Star Race at Bristol Motor Speedway. A non-points race at a short track indeed would be the perfect place to exact whatever revenge Johnson feels he needs.

The next points race on the Cup Series schedule comes Sunday at Texas Motor Speedway.