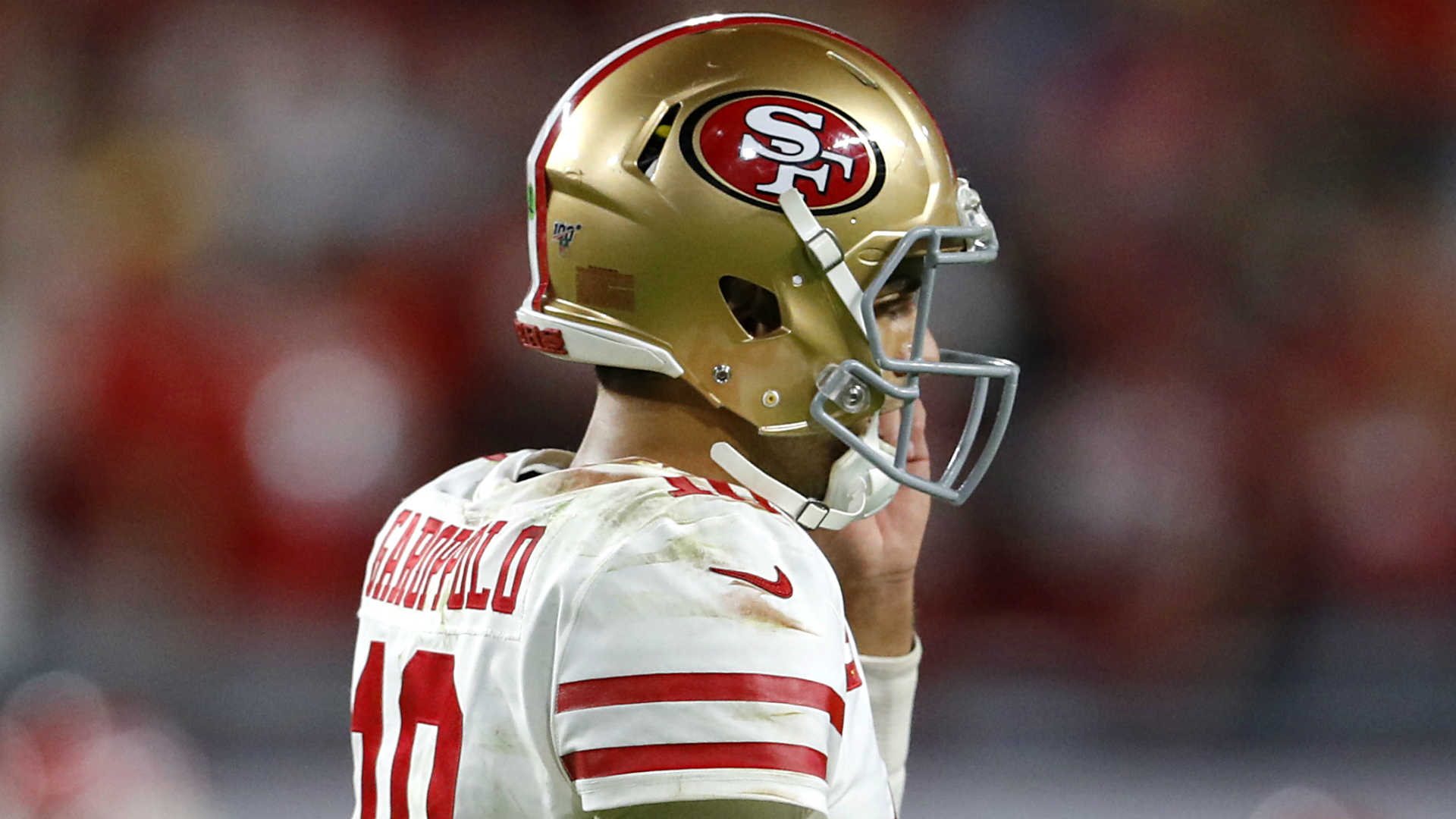 Despite being mostly soft-spoken, 49ers quarterback Jimmy Garoppolo is a man of many nicknames.

Some are heard almost every week, while others are obscure and likely retired for good. Many revolve around his appearance.

As Garoppolo faces the Rams on Sunday night needing to get back on track after a rough outing last weekend against the Dolphins, it’s a good time to revisit the histories of his monikers and determine which ones are worth using. The NBC broadcast will undoubtedly toss out at least one of them.

Here’s our ranking of Garoppolo’s nicknames:

This adaptation of the No. 3 nickname on our list rolls off the tongue while identifying a defining trait of Garoppolo: undeniable handsomeness. Nicknames should, whenever possible, be as specific to an individual as possible. This one, based on the GQ fashion magazine, does just that and deserves to stick around forever.

You don’t hear Gucci Garopp thrown around too much despite its allusion to a culturally iconic brand, but the history behind it bumps it up the list. It’s a nickname to keep in the back pocket and not overuse.

Garoppolo himself coined this nickname and made it mainstream with a 2013 tweet from before he entered the NFL.

Here’s the most popular of Garoppolo’s nicknames. It’s solid and does the job, but doesn’t have the flair of the options above it. Expect to hear Jimmy G used most often on TV broadcasts (we doubt Al Michaels would go with “Gucci Garopp” under any circumstance).

There’s an old story behind this one, too. When Garoppolo was a rookie with the Patriots in 2014, teammates thought he looked like the famous Disney character Aladdin and changed his locker nameplate to read “Prince Aladdin.”

That has to be one of the lamest rookie pranks of all time — it’s more of a compliment than an insult — and is made funnier when imagining Tom Brady sneaking around to pull it off.

Garoppolo’s given first name is James, so Jimmy is technically a nickname. But it’s not very fun on its own and including it on this list is borderline cheating.

An atrocious nickname that brings nothing to the table. “Garoppolo the Great” was right there, guys. Alliteration has gone way too far.