Joe and Jill Biden to visit Kenosha on Thursday 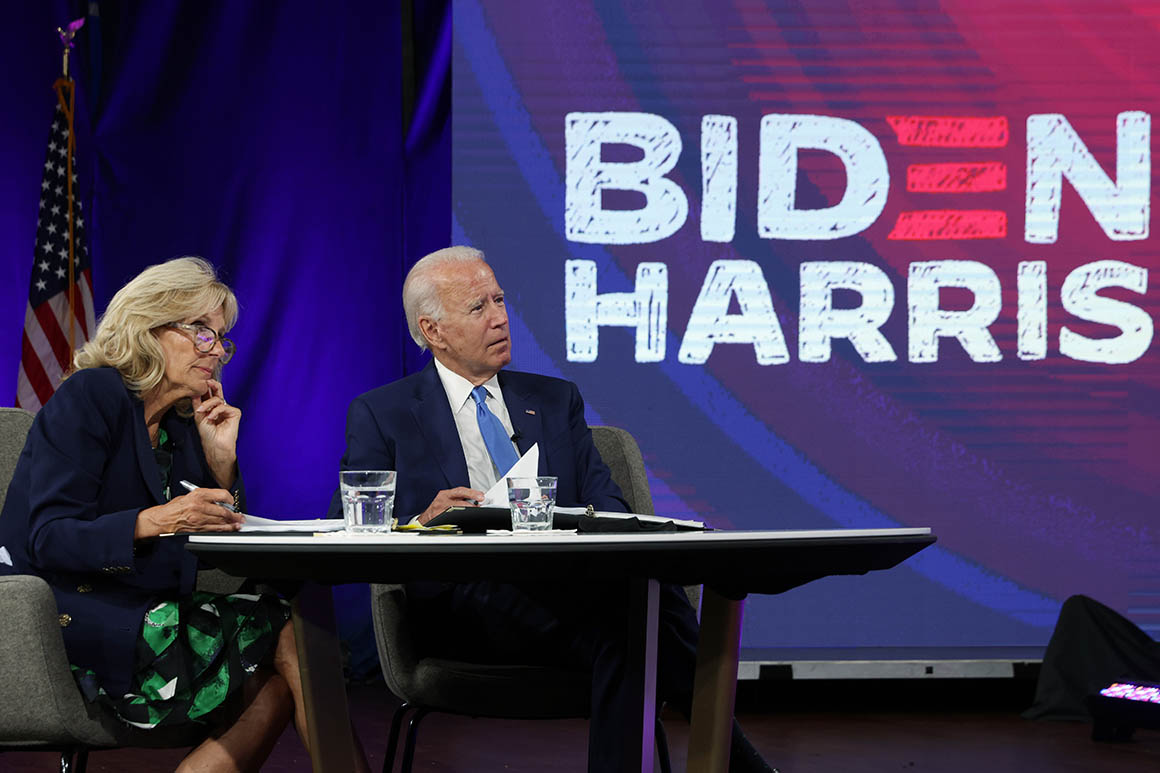 Joe Biden and his wife, Jill Biden, head to Kenosha, Wis., on Thursday, after President Donald Trump toured wreckage there after days of riots and protests in the battleground state.

Biden will hold a community meeting in Kenosha “to bring together Americans to heal and address the challenges we face,” according to the campaign. The two will also make a local stop.

On Tuesday, Trump supporters and Black Lives Matter protesters clashed verbally in Kenosha’s downtown, with some getting into heated shouting matches. But the clashes did not result in violence, as some had feared. Gov. Tony Evers had sent Trump a letter asking him not to visit Kenosha and risk inflaming tensions.