Joe Root and Ben Stokes find out fate in The... 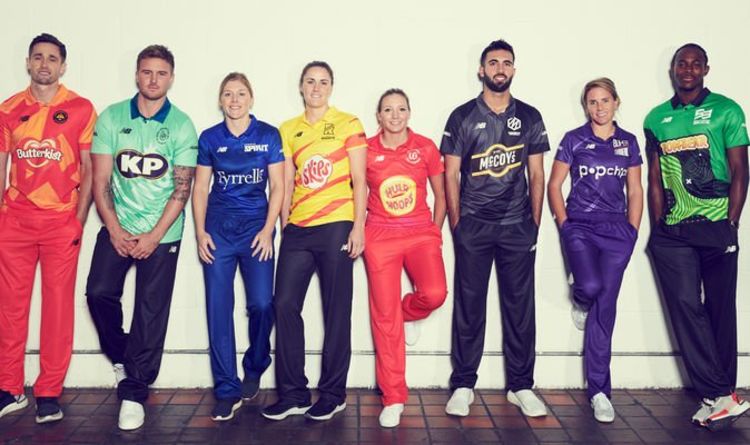 The Hundred is a brand new cricket competitions coming to the UK, and will start in July 2020.

England captain Joe Root and Ben Stokes have discovered their fate in the competition, as the team names and colours are revealed.

Joe Root will play for the Trent Rockets, alongside Alex Hales.

Ben Stokes was selected by the Northern Superchargers, who also picked Adil Rashid.

The Hundred team names and players

The team’s colours have also been announced. All of the teams were sponsored by a different KP Snacks brand, in their role as official team partner.

Birmingham Phoenix, which features Moeen Ali and Amy Jones will play in a light orange strip with a dark orange pattern.

London Spirit, made up of England heroes Heather Knight and Eoin Morgan, will play in blue.

Manchester Originals will play in black. Jos Buttler and Kate Cross were selected to play in their team.

The Northern Superchargers selected Stokes and Lauren Winfield, and they’ll be playing in purple.

Jofra Archer and Danni Wyatt were selected for Southern Brave, who will play in green and black.

Trent Rockets managed to pick England captain Root and Nat Scrivener. Their strip will be yellow with a red pattern.

What is The Hundred?

The Hundred is a brand new format of cricket, to be played alongside the standard county cricket.

It’s designed to be more fast-paced and have a higher intensity than other formats of the game, with both teams having to face just 100 deliveries.

The bowling team can decide to bowl either five-ball overs or 10-ball overs, and they’ll also have a ‘time-out’, that they can use at any point in the innings.

The teams had the option of selecting their first players this week, made up of England men’s and women’s central contract players.

They also chose a ‘Local Icon’, based on their location in the UK, and where the players play with their respective counties.

The final stage of The Hundred sees the teams select players in an NFL-style Draft. The Draft will be staged on Sunday October 20.

The Hundred is a five-week competition, starting in July 2020. The teams will play at their respective grounds. Manchester, Leeds, Nottingham, Birmingham, Cardiff, Southampton, Lord’s and the Oval will all host matches.