Joe Root hits back at England critics as injured Jofra... 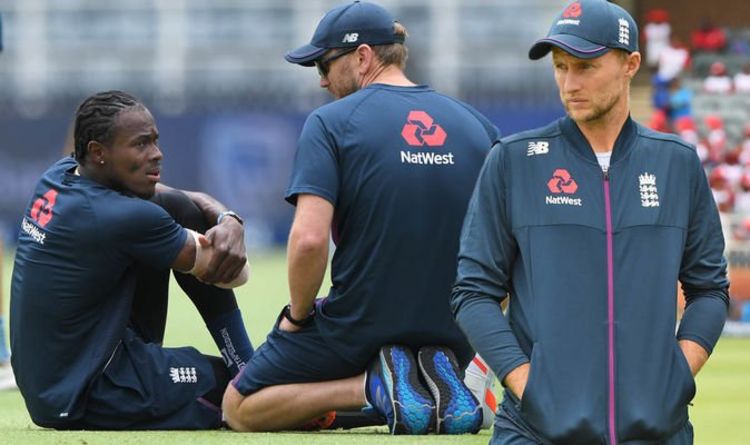 Joe Root has defended England against accusations they have ‘over-bowled’ Jofra Archer in the first nine months of his international career. But the captain hinted there may have to be tweaks to the bowler’s workload when he returns from his elbow injury in order to manage him more “efficiently”.

The diagnosis of a stress fracture in Archer’s right elbow this week brought with it a predictable wave of criticism from some that England have been careless with their No 1 bowling asset.

Since making his debut in a one day international against Ireland last May it is a fact that no bowler has been asked for more overs in England’s cause.

But Root insisted that even if he has bowled himself to an injury the finger of blame should not point solely at England given the amount of cricket he has played in his career to date.

“Chuck in an Indian Premier League (IPL) in there as well and Big Bash and stuff he’s played beforehand and that’s a lot of cricket.”

Archer, who had been hoping to play in the fourth Test against South Africa only to pull out on the morning, faces three months out of action with a return pencilled in for the start of the English Test summer in June.

It means having to forego an £800,000 contract with IPL franchise the Rajasthan Royals, although he is understood to have insured part of that sum.

Root believes the rest can do him good after a whirlwind opening to his international career.

“He’s had a phenomenal start on the international stage and should be extremely proud of what he has achieved already in his short career,” said the Test skipper.

“That’s a lot of mental fatigue as well as physical. I think it will be good for him to have a mental break to get some time away from the game to get refreshed.

“We’ve just got to make sure now from the position we’re in we build him up very well from the start of the summer and make sure when that first opportunity for him to play comes he’s absolutely ready to go. From then we can then look forward and start to really manage him efficiently.”

England want Archer fit and firing for both Tests and the World T20 in Australia in October so it appears likely he will play little or no 50 over cricket until 2023 World Cup preparations get underway.

Root will play his last white ball action until July when England attempt to square the ODI series against South Africa at Wanderers in Johannesburg today.

After losing the series opener in Cape Town, the second match was abandoned in Durban.