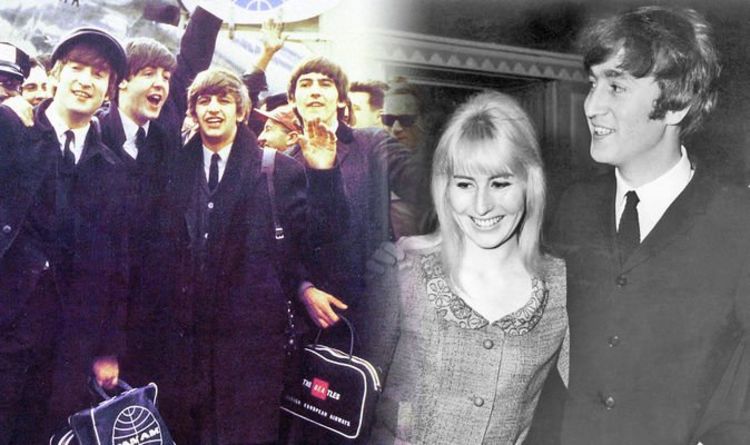 John Lennon and his first wife Cynthia Lennon first met in 1958 and, though she dismissed the rebellious teen, she later fell for the future Beatles icon. Over the years which followed, they began to date and the band, previously the Quarrymen, solidified into the classic line-up which would go on to world domination as The Beatles. In 1962, Cynthia became pregnant with their son Julian and John decided they should get married.

They tied the knot in August that year but, as The Beatles popularity grew, their manager urged John and Cynthia to keep their relationship out of the spotlight.

“If the main man in the group, John, was found to be married then it might take away from that particular success,” Cynthia told NPR in 1985.

“So, I walked around pregnant for quite a long time, hiding it. I’d wear very big, blousy clothes.

As Beatlemania grew to sweep around the world, their relationship began to falter.

In the newly unearthed interview, Cynthia recalled her awkward first run-in with the groupie phenomenon which started to surround the band.

“The first experience — which was funny for all of us — [was] when we first came to New York, and we were staying at the Plaza, and I think it was Murray The K was there,” she explained.

“He was the first disc jockey that we’d ever met, American disc jockeys. I was very impressed.

“He happened to be there. And in the room, there were sort of all these draped, beautiful ladies,” Cynthia said. “This is their suite — Murray The K, and about five beautiful model ladies all draped ’round.

“And we all walked in and looked at them and looked at each other and wondered what on earth we were supposed to do in a situation like this because it was obvious, you know, what they were there for.”

John Lennon: Beatles star’s wife on walking in on him and Yoko [INTERVIEW]

The pair engaged on an intellectual and emotional level when he attended a private viewing of her exhibition in London and subsequently began corresponding.

It was two years later that his romance with the avant-garde artist proved the final nail in the coffin for his marriage to Cynthia.

Returning home from a holiday with their son Julian, his wife walked in to find him and Yoko sat on the floor having spent the night together.