John Lennon: How girlfriend May Pang repaired Beatle's relationship with son during AFFAIR 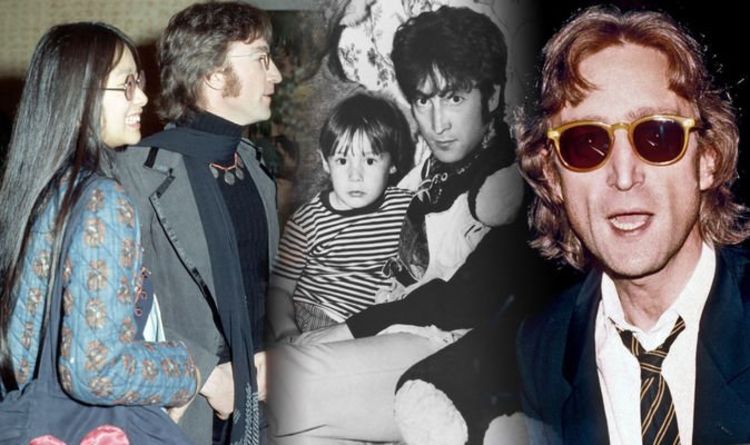 John Lennon’s career with The Beatles skyrocketed around the time he married his childhood sweetheart Cynthia Lennon. The pair, who met at art college in Liverpool, tied the knot in 1662 after she became pregnant. Shortly afterwards, they welcomed their son Julian Lennon.

When Julian was born, John was away on your with The Beatles.

It wasn’t long before Beatlemania swept the band off around the globe and the musician grew more and more absent from his young family.

Then, in 1966, John met avant-garde artist Yoko Ono at an exhibition of her work in London.

They hit it off instantly and began to correspond, despite the fact they were both married.

Cynthia would later recall the final nail in the coffin for her marriage to The Beatles icon, revealing how she had returned from a holiday with Julian to find him sat on the floor of their home with Yoko.

They were divorced in 1968, just one year before he wed his second wife Yoko.

But the intense love between John and Yoko wasn’t always a smooth ride and, a few years later, he embarked on an affair with their assistant May Pang.

Yoko was fully aware of the 18-month affair, during which he left the home they shared in New York and settled in Los Angeles with May.

Reports at the time said May had organised for contact with Julian to be John’s priority, having him call his young son at least once a week.

“I didn’t realise it at the time but I made it easy for him to mend fences and reach out to his old friends — and family,” she told the Fordham Observer in 2009. “I wanted to make sure that he resumed a relationship with his first son, Julian, who hadn’t seen in a while.

“I go on instinct,” she continued. “And my instinct was, you’ve got to be with your child. And it was important. It was important to Julian.

“And it was important for John to realise there was a child here and not to do what his father had done to him. I was trying to make him realise that.”

ByHigh blood pressure, also known as hypertension, is a common disease whereby blood flows through your arteries at higher than normal pressure. Over time,...
Read more