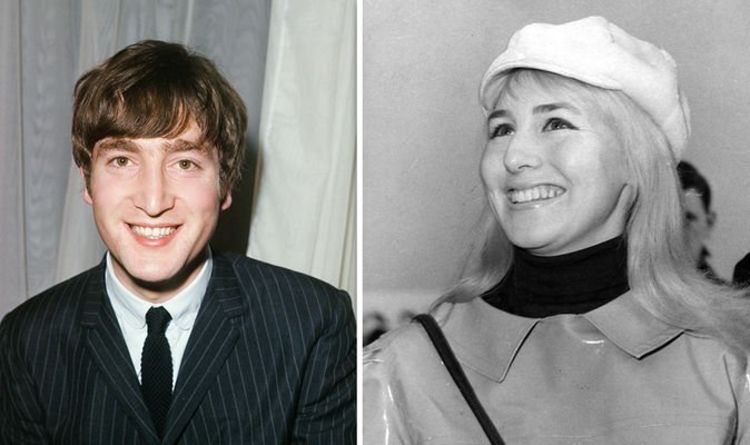 John was one quarter of the world famous band The Beatles, along with Paul McCartney, Ringo Starr and George Harrison. The four of them were thrust into the spotlight at a young age, but soon struggled to cope with the magnitude of their popularity. Artistic differences drove the band apart and in 1970 they split, with all of them going on to create their own solo material although animosity remained for a good few years afterwards.

Many credit John with being the most famous Beatle, particularly after his tragic death in 1980 when he was shot by a crazed fan outside his New York apartment.

When he died he was married to Yoko Ono, but an uncovered letter from 1958 revealed the strength of feeling John had for his girlfriend and, later his first wife, Cynthia Powell.

Writing in Vanity Fair in 2012, Bruce Handy revealed how the music icon wished his love interest a Happy Christmas.

Mr Handy wrote how he “was particularly moved by a painfully sweet, eight-page Christmas card” he sent to Cynthia, revealed in ‘The John Lennon Letters’ by editor Hunter Davies and published by Pete Townsend and Neil Young.

The reporter explained: “Under the heading OUR FIRST XMAS!, he drew the two of them standing close, heads together, his hand laid gently on her arm, he in long sideburns and pegged pants, she in a checked miniskirt, looking very much like a potential first couple of not-yet-swinging London.”

READ MORE: How ABBA’s Agnetha was ‘in hell at height of fame’

He later commented: “Oh yes! I forgot to tell you I’ve got a GEAR suede overcoat with a belt so I’ll look just like you now!”

As Mr Handy remarked: “Lennon wasn’t much of a letter writer, it turns out; he was more of a jotter and list-maker, a sender of terse, wish-you-were-here style postcards.

“Many of the entries here are perfunctory at best.”

John married Cynthia in 1962. They had one child together, Julian Lennon, but the two of them divorced in 1968.

The popstar started a controversial and incredibly high-profile relationship with Yoko – which was often berated by fans and blamed for The Beatles split.

- Advertisement -
Facebook
Twitter
Pinterest
WhatsApp
Linkedin
ReddIt
Email
Tumblr
VK
Previous articleCan you keep turkey outside? What to do if your bird doesn't fit in the fridge
Next articleType 2 diabetes: Best breakfast to have this Christmas day to lower blood sugar

Debbie McGee, 61, responded to fans after they tweeted that they had seen a “stuffed head of Paul” in the background as she spoke...
Read more
Celebrity

ByArnold Schwarzenegger is on the mend after another heart surgery. On Friday, Schwarzenegger revealed on Twitter that he has “a new aortic valve” and thanked...
Read more