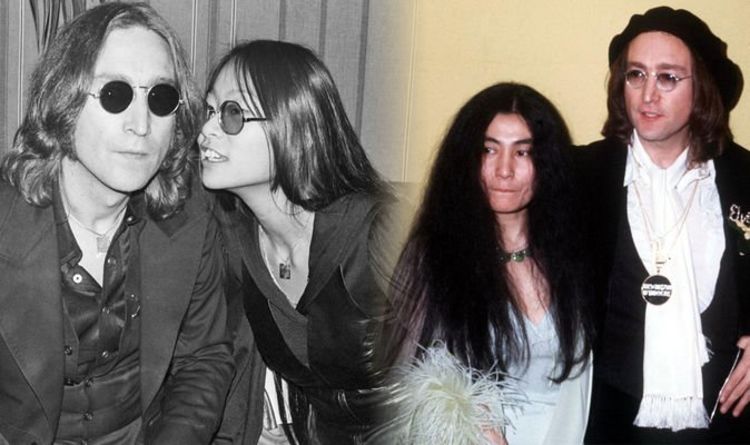 John Lennon and Yoko Ono fell madly in love after meeting in London in 1966. Though they were both married at the time, the avant-garde artist to her second husband Anthony Cox and The Beatles star to his first wife Cynthia Lennon, with whom he had one son, Julian Lennon, they soon started corresponding and later began their famous romance. In 1969, the couple tied the knot at a 10-minute ceremony at the British Consulate Office in Gibraltar.

However, the intensity of their relationship combined with the vicious backlash they faced from angry Beatles fans after the band split shortly after they married (a move many blamed on Ono) soon began to take their toll on Lennon and Ono.

In 1973, he embarked on an affair with their assistant May Pang and moved out of the New York home they shared together to set up house with her in Los Angeles.

The pair had a year-and-a-half romance but he had continued contact with Ono throughout.

Decades after Lennon’s untimely death, Pang spoke out about her romance with the Beatle in a rare interview with The Beatles Bible.

Asked if, prior to their temporary separation in 1973, it was clear to those around Lennon and Ono that their relationship was “on the rocks” or it was a shock, Pang simply said: “It was obvious to those of us who worked with them, yes.”

Pang also opened up on Ono’s continued presence in Lennon’s life throughout her relationship with him, revealing her side of the many daily phone calls between the husband and wife while he lived in Los Angeles with her.

“The problem was 99 per cent of her calls weren’t, ‘Hello, how are you?’” she explained. “First they were directives to keep out relationship quiet, which was fine with me.

“Then John ‘announced it to the world’ by kissing my for Time Magazine and crisis mode kicked in.

Meanwhile, Pang gave an insight into the nature of her romance with Lennon in her interview with The Beatles Bible, revealing whether theirs felt like a permanent relationship or whether she always felt he would eventually go back to Ono.

“Sometimes it would feel permanent, but he could be jerked back into Yoko’s mind games very easily,” she said.

“Also, as our relationship began so strangely I suppose it would have had to end just as strange.”

Ono previously explained the situation which led to her husband’s well-publicised affair with Pang, saying it was “not hurtful” to her.

“I needed a rest. I needed space,” she said. “Can you imagine every day of getting this vibration from people of hate? You want to get out of that.