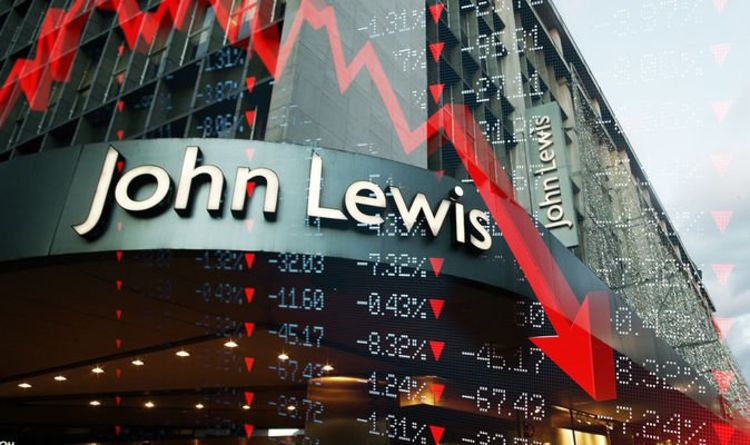 Paula Nickolds, who has been with the employee-owned retailer since 1994, has left just three months after the managing director of Waitress quit following a major restructuring. Her departure comes after John Lewis reported a two percent slump in like-for-like gross sales for the seven weeks to January 5. Electricals and home furnishing sales both plunged heavily, and were down four percent and 3.4 percent respectively compared with a year ago.

John Lewis Partnership (JLP) said the departure of Ms Nickolds is a result of a shake-up that will see the integration of the teams behind John Lewis and its supermarket chain Waitress.

The managing director, who has held the role at John Lewis since 2017 and has worked for JLP for 25 years, will leave the partnership next month.

Sir Charlie Mayfield, chairman of the John Lewis Partnership, who is also stepping down in February, said: “After some reflection on the responsibilities of her proposed new role, we have decided together that the implementation of the future partnership structure in February is the right time for her to move on and she will leave the partnership with our gratitude and best wishes for the future.

“At the full year, we expect profits in Waitrose & Partners to be broadly in line with last year.

“In John Lewis & Partners we will reverse the losses incurred in the first half of the year, but profits will be substantially down on last year.

“We therefore expect that partnership profit before exceptionals will be significantly lower than last year.”

Sir Charlie also warned the board will have to decide next month “whether it is prudent” to pay its usual annual bonus to its 80,000 partners.

This is similar to the warning that was also issued last year – staff were still paid a bonus, but it was the lowest by the company for 66 years.

“The decision will be influenced by our level of profitability, planned investment and maintaining the strength of our balance sheet.”

There was some growth, with beauty sales rising 4.7 perent and fashion up marginally at 0.1 percent.

But the retailer could only manage a 1.4 percent increase in online sales.

This is the latest blow in financial results for John Lewis and Waitrose which like many of its rivals, has been under intense pressure for some time.

In 2018-19, John Lewis reported a 45 percent drop in profit, hurt by weak demand and rising costs.

Ms Nickolds joined John Lewis in 1994 and last October was unveiled as the new head of brand for both businesses following a major overhaul of the business structure.

The business underwent a £100million cost-cutting exercise, which also saw 75 out of 225 head office roles axed, as the company attempted to recover from its first ever half-year loss in September.

The disappointing results from John Lewis come after a retail lobby group warned 2019 proved to be the worst year on record for sales, with growing evidence Christmas failed to deliver much-needed cheer for the high street.

This is the weakest performance since comparable records began in 1995.

There was 0.9 percent fall in sales across November and December while on a like-for-like basis, sales were down 1.2 percent on the same two-month period in 2018.