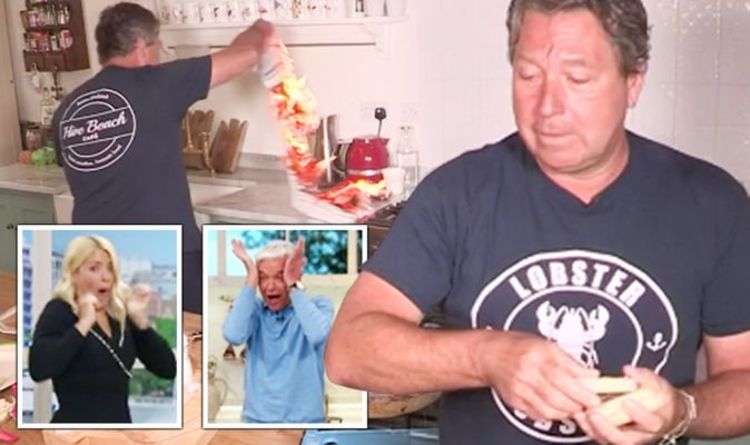 As the This Morning hosts followed the chef’s instructions, Holly noticed the tea towel had caught fire.

Holly and Phillip continued to shout, “look behind you,” but the chef remained obvious due to the video link delay.