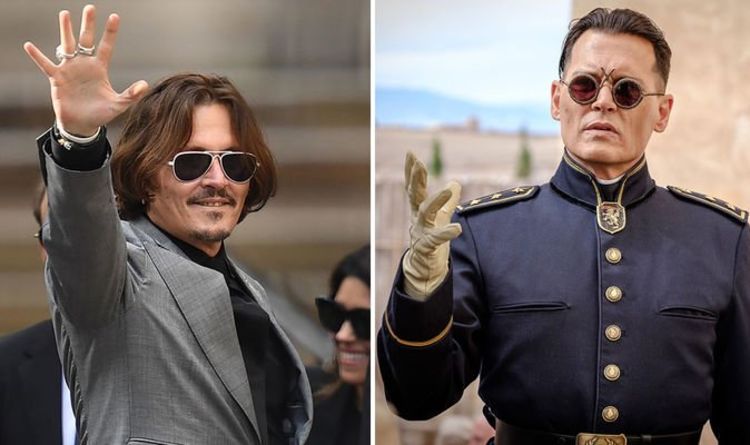 Johnny Depp is best known for playing Captain Jack Sparrow in Pirates of the Caribbean, but also shows off his eclectic acting chops across many movies. The 57-year-old most recently starred in Waiting for the Barbarians opposite Robert Pattinson, Mark Rylance and Gana Bayarsaikhan. And now the latter has shared just how humble and kind Depp was to work with, in an exclusive interview with Express.co.uk.

Depp stars as Colonel Joll, one of the film’s cruel villains, who inspects Mark Rylance’s Magistrate at a frontier outpost of an unnamed Empire.

Gana plays The Girl, a beaten colonised native, who the kind Magistrate takes pity on and cares for.

While most of the Mongolian star’s scenes were with Rylance, she shared one with Depp, which takes place with lots of extras after a torturing.

Gana described how Depp was “really humble” and “kind” on set.

She added: “Off camera, he talked to everyone, he was really nice.”

Gana’s role opposite the three Hollywood stars came about almost by chance.

The actress and model said: “My agent was with the casting director Leo Davis when she mentioned she was looking to cast a Mongolian actress.

“I had a meeting the very next day and then did a self-tape and met with the director Ciro Guerra and producer Michael Fitzgerald. I was told afterwards that JM Coetzee the author of the novel Waiting for the Barbarians wanted to cast me.”

Gana added: “This character was challenging in every way; I am grateful for how it has made me grow as an actor through this process.

“I explored The Girl’s character from many different angles to try to understand what she was about.

“JM Coetzee’s novel was the foundation for this process, where I really worked on the physicality of the character and her emotional journey, but I also really connected to my nomadic culture.

“This was quite a powerful exercise as it forced me to reconnect with nature, and indirectly made me go back to my childhood’s memories with my grandmother. She was instrumental in the character’s development, so I dedicate this to her.”