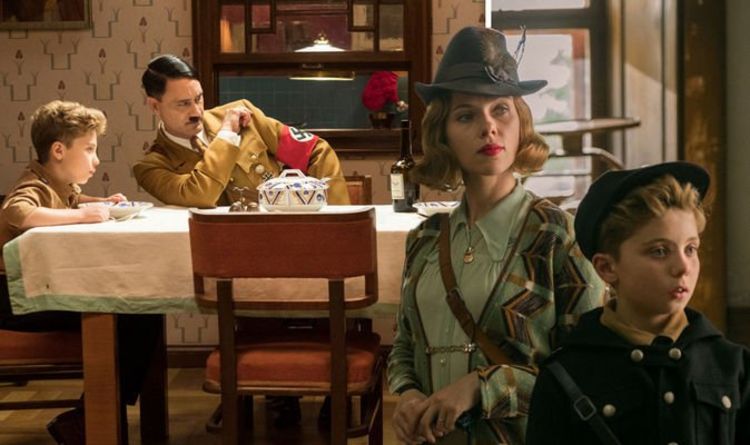 Jojo Rabbit is potentially a tough sell for movie-goers, as it focuses on a member of the Hitler Youth during World War II. The film follows Jojo (played by Roman Griffin Davis) whose imaginary friend, an alternative version of Hitler (Taika Waititi) helps him make decisions in his day to day life. But when he finds there is a Jewish girl in his attic, he is faced with a moral dilemma.

Jojo Rabbit is a strange concept for a film but has had some good reviews from critics despite its subject matter.

However, whether it has been a hit with cinema-goers is another matter.

With the success of Waititi’s Thor sequel a reason why many may forgive the slightly odd concept for this film, the studio may be happy with the amount the movie has made.

So has Jojo Rabbit been a success at the box office thus far?

It has been reported the budget was about £10.6million ($ 14million) meaning the film has already made a profit after just less than a week in the UK.

The film was released on New Year’s Day (January 1) in the UK but has had a huge release in the US.

After performing at a huge number of film festivals, Jojo Rabbit was released in the US on November 8, meaning it seems unlikely that many other US cinema-goers will be heading out to watch it.

However, Jojo Rabbit still has not been released in most of Europe and the rest of the world, with audiences in Italy, Spain and Germany still not able to watch it.

The filmmakers will likely expect further ticket sales and a small box office boost once the film is released in these territories.

What is Jojo Rabbit about?

Jojo Rabbit follows a young member of the Hitler Youth, Jojo, who is fearless for his leader and who also happens to be his imaginary friend.

After spending time at a training camp with his friend as well as his slightly eccentric camp leaders (Sam Rockwell and Rebel Wilson) Jojo goes home, to find his mother (Scarlett Johansson) is actually against his zealot beliefs.

Jojo finds his mother is stowing a Jewish girl (Thomasin Mackenzie) in their attic, which Jojo discovers in a shocking moment.

He is forced to reconsider his morals and ideas, while also deciding whether to hide his mother’s secret from the Gestapo officials (one of whom is played by Stephen Merchant.)

Jojo Rabbit is in cinemas now

- Advertisement -
Facebook
Twitter
Pinterest
WhatsApp
Linkedin
ReddIt
Email
Tumblr
VK
Previous articleSpinning Out season 2 Netflix release date: Will there be another series?
Next articleEclipse 2020 UK: Will the penumbral eclipse peak over the UK? When is the lunar eclipse?