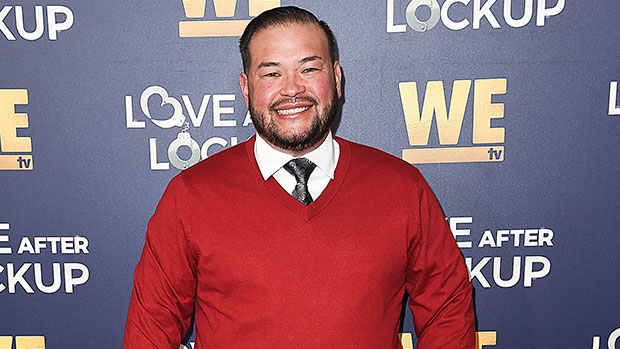 While telling all on the Nov. 10 episode of ‘Dr. Oz,’ Jon Gosselin shared what happened on the day he was accused of being physically abusive to his son, Collin.

Jon Gosselin opened up about his relationship with his 16-year-old son, Collin Gosselin, following the teenager, as well as  Kate Gosselin’s, accusations of abuse against him. Jon revealed exactly what happened on the day that he fought with Collin, leading the 16-year-old to claim that his dad “punched” him and “kicked [him] in the ribs” in a now-deleted Instagram post. Jon was driving his daughter, Hannah Gosselin, and Collin back from the orthodontist and was in a rush to get back to work when the drama began.

“They were arguing in the car, I don’t even know about what,” Jon said. “Collin got out of the car, Hannah was yelling. I was like, come on, I gotta get back to work, can you guys calm down. Collin got upset and he threw — I don’t even know what it was, a piece of plastic or something — at my car. That elevated me a little because I was already in a hurry. It dented the car. He got in my face and said upsetting words and stuff like that. He tried to push past me and we got entangled and I had to do a restraint on him.”

He explained that this wasn’t the first time that he had to do a “therapeutic restraint” on Collin to protect both of them. “[It’s] so the patient doesn’t hurt themselves or others,” Jon revealed. “It’s holding their arms or just keeping them from going to another position. But it’s also protecting you so they don’t punch you or any of those kinds of things. I’ve done this in the past. I knew it was coming, but it’s nothing you want to do as a parent because the emotions afterward are like…why am I doing this? You second guess yourself, but it’s already done.”

At that point, Jon left to go back to work, but he received a phone call from Hannah five minutes later letting him know that Collin had called the police. Jon went back home to wait for the cops, which is when Hannah told him that Collin accused him of “punching and kicking” him. “[The police] took witness testimony from Hannah that I didn’t do those things,” Jon continued. “And they took Collin’s and my testimony.”

The police weren’t comfortable with Jon and Collin staying together afterward, so Collin went to Jon’s brother’s house to cool down. “I didn’t confront [Collin] then because he was in a manic state,” Jon revealed. “And you don’t want to keep rising that temperature. So I waited, he went to my brother’s. The police mandated a reporter and it went to CYS [Child & Youth Services].”

CYS confirmed that “the report of suspected child abuse on Collin was unfounded,” while the District Attorney also said “no charges or citations were filed as a result of the incident.” Jon insists that he’s “never” been violent against ANY of his children. “I’ve only done these physical restraints and they’re the hardest thing because I’m not that kind of person,” Jon said. “And I physically have to touch someone and touch someone I love to protect me and anyone else around in case things get out of hand.”

The allegations of abuse against Jon were made public when Kate told PEOPLE in September that her ex was being investigated for allegedly being physically violent toward Collin. This came after Collin posted, and subsequently deleted, similar claims about his father on Instagram. At the time, the County of Berks, Pennsylvania Child & Youth Services confirmed that they were investigating an allegation of “causing bodily injury to a child through recent act/failure to act: hitting/punching”, but did not name Jon in the documents. CYS eventually found the claims “unfounded,” which was confirmed in their letter during the Dr. Oz interview.

Jon and Kate split in 2009 after ten years of marriage. Together, they share twins, Cara and Mady, who are 20, as well as sextuplets, Aaden, Collin, Joel, Alexis, Hannah and Leah, who are 16. Jon was awarded full custody of Collin in 2018 after the teen’s release from a treatment center, which Kate sent him to in 2016 because, she claimed, he had “special needs” (Jon has since said that this is not true). Hannah also lives with Jon, while the other six kids remain with their mother.

Unfortunately, the separation has caused quite a divide in the family, as Jon revealed to Dr. Oz that he hasn’t spoken to six of his kids in “two years.” He also claimed that Cara, Mady, Aaden, Joel, Alexis and Leah, as well as Kate, have begun to “alienate” Hannah and Collin, as well. “There is no contact,” he revealed, adding that, on Hannah’s 16th birthday, she reached out to Kate, but was rushed off the phone.  However, he did say that Hannah speaks to Cara and Mady sometimes, and that all he wants is for his children to be in each other’s lives.