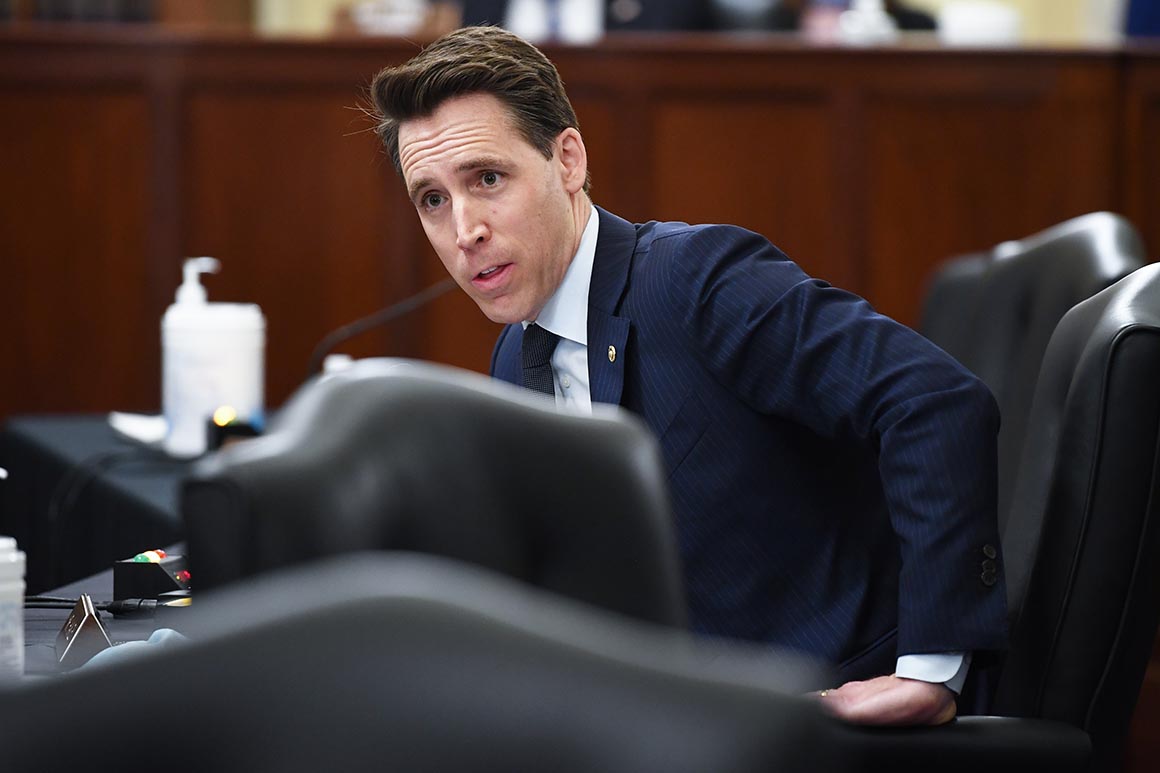 Hawley said grassroots religious conservatives need to be much more involved in the Supreme Court discussions going forward given their political clout, and he offered a reminder to his friends in “the legal conservative project.”

“Who actually goes out and votes for judges?” said Hawley. “It’s conservative Catholics, conservative Jews, evangelicals, Mormons. That coalition of folks is vitally important to the Republican Party. I think they feel just shocked at what’s going with the Supreme Court, so I think it’s vital that they be heard from and involved in this process.”

Trump first released a list of possible Supreme Court nominees in May 2016 with input from conservatives affiliated with The Federalist Society and The Heritage Foundation. The names helped ease concerns about the GOP nominee, and many credit the move with encouraging evangelicals to come to the polls.

Hawley, himself a former Supreme Court clerk, has been vocal lately in his criticism of the high court. But unlike other Republicans who share his frustrations and supported Gorsuch, Hawley is the first to take issue with the process employed so far to pick Trump appointments. Hawley’s effort to seize on the issue also offers a window into a possible 2024 presidential campaign that relies on a populist, socially conservative message.

Top officials in conservative legal groups counter that religious organizations have always been involved and say that while they disagree with some of the Supreme Court’s decisions, conservatives are seeing a net positive under Trump. They also say Trump should be praised for his transparency in releasing a list, arguing it helped win his 2016 campaign.

“There is the more secretive and narrow process of judicial selection that brought us David Souter and John Roberts,” said Leonard Leo, who was involved in the Supreme Court confirmation of Justices Brett Kavanaugh and Gorsuch. “And there is the process that President Trump established and created which is to create as much transparency as possible by publishing a list for all conservatives to see and respond to.”

Leo, a co-chairman of The Federalist Society, also pushed back on the idea that religious conservatives have been ignored.

“I seriously doubt that any thoughtful religious conservative would trade the Supreme Court of today, in spite of some significant disappointing decisions, for the Supreme Court of 25, 30 or 40 years ago,” he said. “As compared with conservative performance in the broader battle over our culture, the conservative legal movement has posted significantly more gains. Obviously, more can be achieved and that’s precisely what the president is trying to accomplish as he enters into the election cycle this November.”

The president hasn’t been shy about touting his record on judicial nominees. In a recent interview with Sean Hannity on Fox News, Trump said it was his top presidential achievement and predicted that close to 300 judges would be confirmed under his administration. But there are some signs of discontent. During his rally in Tulsa, Okla., when Trump touted Gorsuch’s confirmation, the crowd responded with boos.

Carrie Severino, president of the conservative Judicial Crisis Network, praised Trump’s decision to publicly release a list, calling it a “bold” move. She also defended the vetting process for nominees and predicted Trump’s next list of Supreme Court nominees would also include a new pool of judges: appellate court nominees confirmed under his presidency.

“That is a really different type of group than you had when Trump was choosing what to do. He was looking at largely Bush appointees,” Severino said. “Now he would have the opportunity to choose among Trump nominees … [who] were chosen with specific interest in having a certain level of courage and principle in a way that the Bush administration wasn’t focusing on.”

Sen. Ted Cruz (R-Texas), who competed against Trump in 2016 and might seek the White House again one day, praised the president’s “leadership” on judicial nominees.

“The last two weeks of decisions from the Court go to show just how important it is for President Trump to continue emphasizing the need to nominate strong justices to the bench who will defend the Constitution and the Bill of Rights, and I look forward to seeing the revised list,” Cruz added.

Others on the right, however, say the Supreme Court has accumulated too much power altogether, and that Congress and the administration need to do more to counter disappointing legal decisions through legislation and executive authority.