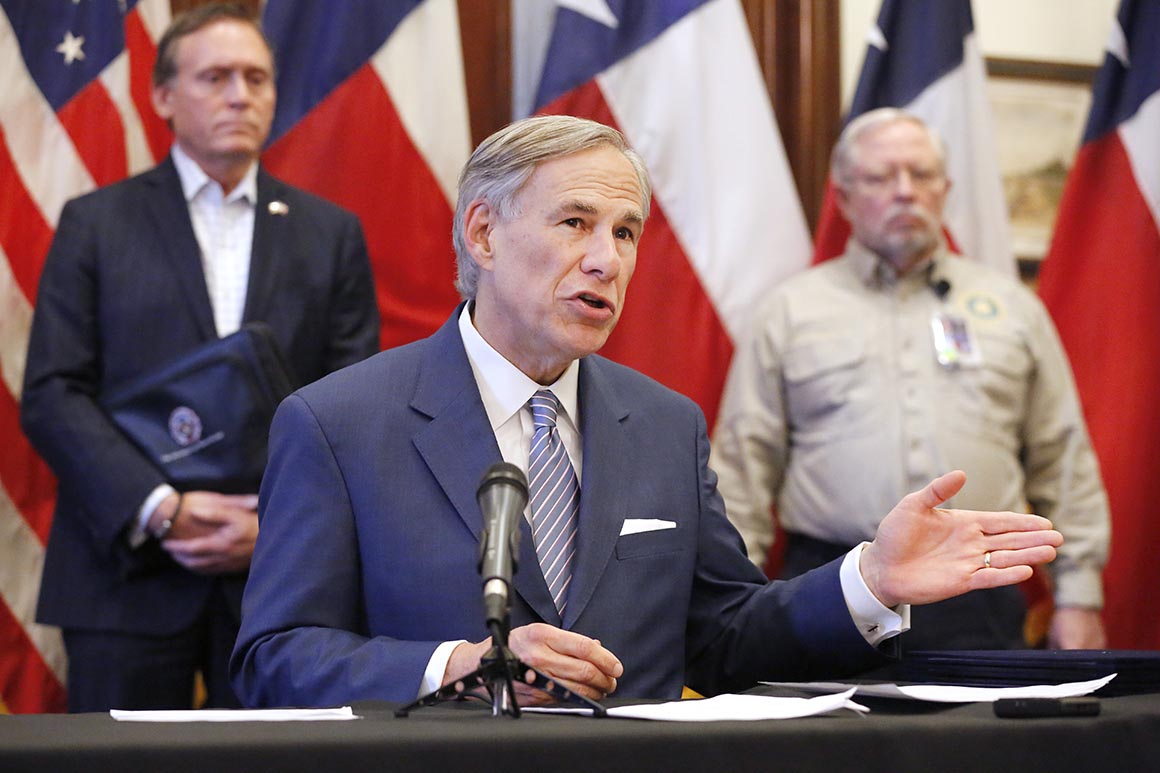 In Alabama, District Court Judge Myron Thompson ordered the suspension of the state’s abortion ban until he can hear arguments in a video conference on April 6.

“The State’s interest in immediate enforcement of the March 27 order — a broad mandate aimed primarily at preventing large social gatherings — against abortion providers does not, based on the current record, outweigh plaintiffs’ concerns,” he said.

Iowa, Mississippi and Oklahoma are among the other states that recently moved to suspend access to the procedure as the pandemic intensified, arguing it would preserve desperately needed medical supplies. Texas’ order was one of the strictest, threatening a $ 1,000 fine or 180 days of jail time on abortion providers who violated the ban.

Yeakel agreed with Texas clinics who argued that women who need an abortion can’t live with a weeks- or possibly months-long delay. Clinic operators told reporters Monday that they’ve already had to cancel hundreds of appointments since the ban took effect last week.

Texas Attorney General Greg Abbott has argued that the state exercised proper discretion in halting the procedures because abortions are not “immediately medically necessary” or needed to save the life or health of the mother.

“Regarding a woman’s right to a pre-fetal-viability abortion, the Supreme Court has spoken clearly. There can be no outright ban on such a procedure,” wrote Yeakel, an appointee of President George W. Bush who has sided with abortion providers in several previous cases.

“This court will not speculate on whether the Supreme Court included a silent ‘except-in-a-national-emergency clause’ in its previous writings on the issue,” he added.

Texas Attorney General Ken Paxton said Monday night his office would appeal “to ensure that medical professionals on the frontlines have the supplies and protective gear they desperately need.”

The Ohio abortion clinics that challenged the state’s ban said inspectors visited their clinics on March 26 and 27 but never indicated whether or not they were found to be violating the prohibition. The clinics on Monday sued and asked for the temporary restraining order, arguing their “physicians credibly fear being immediately shut down and prosecuted if they continue to provide surgical abortions.”