Jurgen Klopp: Not possible for Liverpool to replicate Manchester United's... 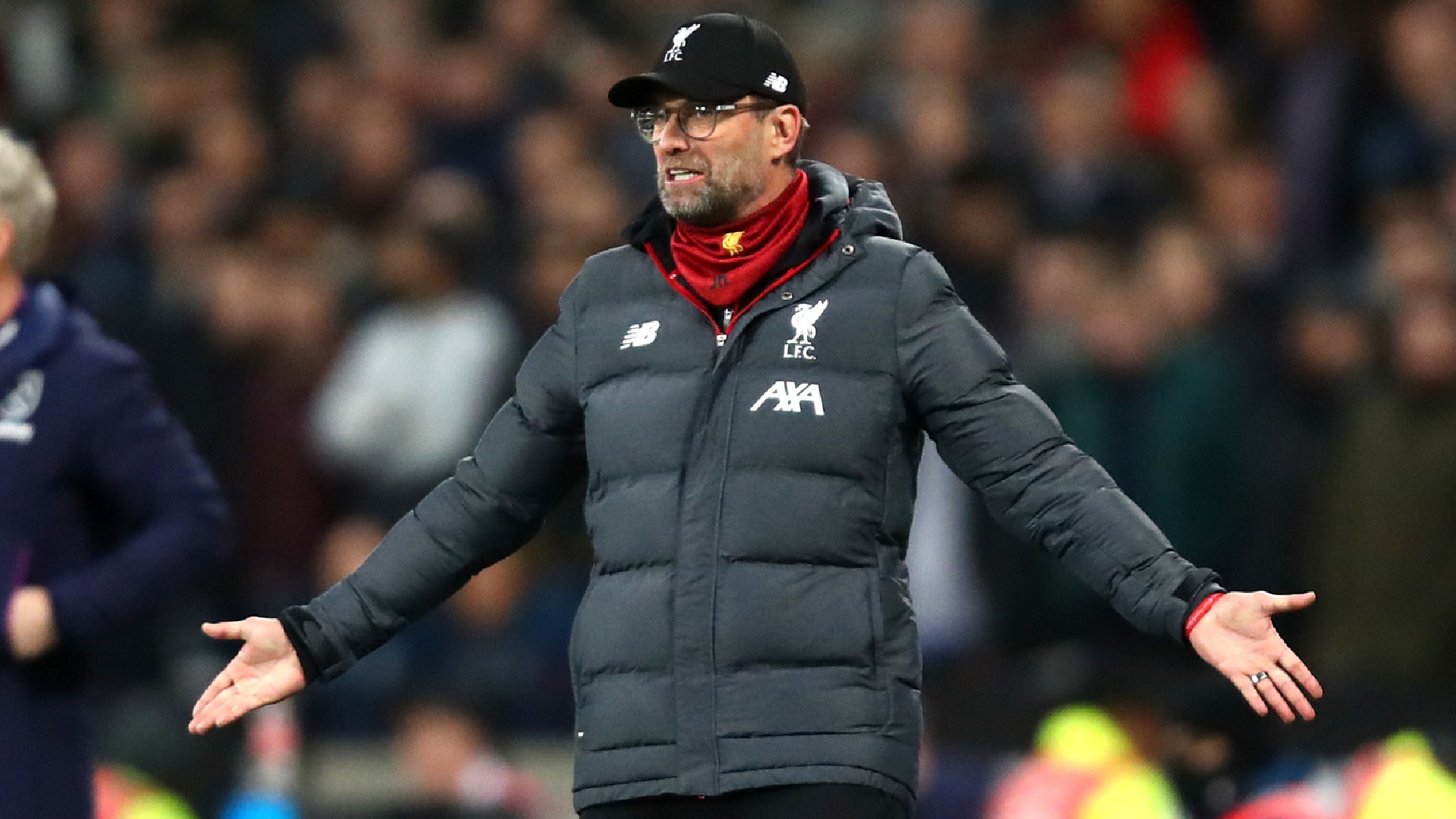 Liverpool manager Jurgen Klopp believes it is impossible for the Reds, who are closing in on their first Premier League title in 30 years, to emulate Manchester United’s two decades of dominance.

Klopp’s side is 22 points clear atop the table as it travels to Goodison Park for Sunday’s Merseyside derby against rival Everton.

Not since 1990 has Liverpool won a league trophy, but the club is set to be crowned English champion for the 19th time, one behind rival United’s record.

“I don’t think it is possible to dominate anymore, to be honest,” said Klopp, whose Reds claimed the Champions League trophy last season. “United had a pretty good combination, with an exceptional manager with a super eye for players and fantastic timing for how long you need a player in the team.

“The replacements he got were always exceptional — and there was the money, too. The combination for United was really good. We must have done something right, obviously, until now. But we have to do these things — and probably even more — to stay successful.

“And believe me, the others will not stop. United will strike back and Chelsea are on the front foot in the transfer market while no one else has done anything because the times are so uncertain.

“And when I saw Manchester City beat Arsenal (3-0 on Wednesday), I asked, how is it possible we have 22 more points than them?”

Klopp, meanwhile, hit out at United Kingdom Prime Minister Boris Johnson over his handling of the coronavirus pandemic.

“I was not worried for one second that the ­government could cost us the title because I was worried about the numbers who were dying – and I’m still worried,” he said.

“I didn’t vote for this ­government,” Klopp added. “This government was the choice of other people. And the problem I had was that I got the news from England and the news from Germany. If aliens looked at us both from the outside, they would think we came from two different planets.

“From a personal point of view, I don’t understand why we started wearing face masks in closed areas on June 15 when five or six weeks ago all the other countries were doing it.”

COVID-19 has wreaked havoc globally, with more than 42,500 deaths in the UK and at least 303,000 confirmed cases. The coronavirus crisis also suspended the 2019-20 Premier League season in March before the campaign restarted last week.