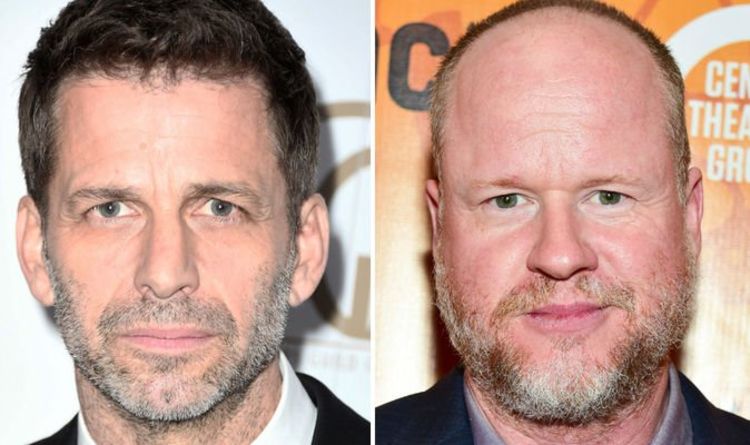 Zack Snyder is currently hard at work on his Justice League Snyder cut, ready for release on HBO Max in 2021. And yesterday he joined a Justice Con panel discussion to give fans an update on the movie. Asked what footage would make it into his Snyder Cut, the 54-year-old very candidly stated he would rather destroy his version of Justice League than have a single frame of Joss Whedon’s theatrical release included.

Snyder said: “I would destroy the movie, I would set it on fire, before I would use a single frame that I did not photograph.

“That is a f***ing hard fact. I literally would blow that thing up, if I thought for a second…

“Anything you see in this movie that reminds you of the theatrical release — which again, famously, I literally have never seen — would be because that was a thing that I had done.

“And was being borrowed for whatever, that Frankenstein’s monster that you got in the theatre.”

Only about 25 per cent of what Snyder shot for Justice League ended up in Whedon’s theatrical cut.

Instead, Zack Snyder’s Justice League will be a four-hour director’s cut or miniseries – a fact that will be revealed in due course.

The short scene saw the Man of Steel approaching Jeremy Irons’ Alfred Pennyworth, who was working on a car.

A sequel to 2017’s Wonder Woman, set during the First World War, Wonder Woman 1984 takes place in the eighties, as the title reveals.

So it’s still a prequel to Diana’s debut in Batman v Superman: Dawn of Justice and her role in Justice League.

While in August 2021, there is James Gunn’s The Suicide Squad to look forward to, followed by The Rock’s Black Adam that Christmas.

Then 2022 sees Ezra Miller’s The Flash, which is expected to include the return of Michael Keaton’s Batman.