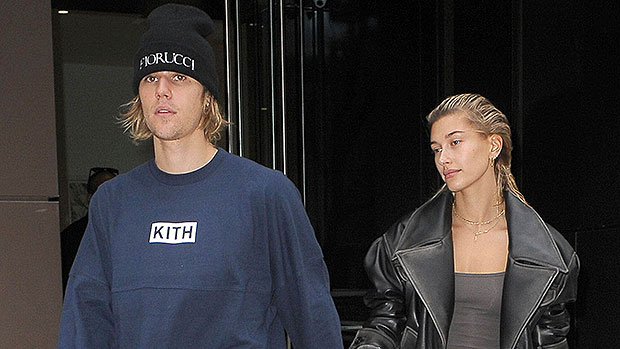 Justin Bieber and Hailey Baldwin started dating on and off in 2015, tying the knot three years later in a romantic wedding ceremony. Take a look back at their romance here.

Justin Bieber, 26, and Hailey Baldwin, 24, have inspired fans around the world with their adoring love for each other over the past few years! Now that they’ve been a happily married couple for two years, we’re thrilled to take a look back to how they got to be where they are today. The duo first met as young kids in 2009, striking up a romance in 2015. After a few break-ups and make-ups, Justin and Hailey had quite the journey to getting married. Whether they’re publicly showing off their admiration for each other, or just walking out on the street and showing off PDA, it’s clear to see they are incredibly grateful for one another.

The Changes singer puts his leading lady first, and proved it once again when he defended her against fans of his relationship with ex Selena Gomez, 28. Justin quickly clapped back at a fan video urging fans to “go after” Hailey via social media. “This sad excuse of a human just encouraged people on video to literally go after my wife telling people to say that my previous relationship was better so on and so forth,” he wrote. “It is extremely hard to choose the high road when I see people like this try and rally to gather people to bully the person I love most in this world. It is not right,” he also said. While we’re swooning with inspiration, let’s take a look back at Justin and Hailey’s relationship!

After meeting in 2009 and hanging out on certain occasions in 2014, Justin and Hailey were first spotted hanging out together in a closer manner in Miami, FL in 2015. The sighting stirred up speculation of a romance and they enjoyed laying out by a pool and jet skiing. It was around this time that they also went on a vacation to Anguilla with Justin’s family. They ended up splitting up several months later in 2016.

Justin and Hailey were spotted together again in 2018, three years after their breakup. The reunion brought on many outings that were full of PDA, proving their romance was back on and stronger than ever. From coffee dates, like the one above, to more vacations – this time only with each other – they were back in full force.

Shortly after reconnecting in June 2018, Justin proposed to Hailey in July while they were on vacation in the Bahamas. The blonde beauty was first spotted wearing a gigantic diamond ring on July 8 and one day later, on July 9, Justin took to Instagram to share the happy news. “Hailey I am soooo in love with everything about you! So committed to spending my life getting to know every single part of you loving you patiently and kindly,” part of his announcement read.

Once they went public with their engagement, the duo proudly expressed even more PDA whenever they were out and about, including during a fun outing in Aug., which can be seen in the pic above, and when they attended New York Fashion Week in early Sept. Their time to get hitched couldn’t come soon enough!

Justin and Hailey shocked everyone when they became legally married without a wedding during a visit to a New York courthouse on Sept. 13, 2018. They eventually revealed that they would plan an official wedding ceremony and reception for close family and friends when the time was right but they were definitely already in post-marriage bliss from the moment they legally said “I do”. In Dec. 2018, they took part in a wedding style photo shoot, which can be seen in the pic above.

Having an official wedding

After continuing to enjoy being newlyweds, a little over a year after they legally got hitched, Justin and Hailey had a lavish wedding ceremony and reception with their closest family and friends in South Carolina on Sept. 30, 2019. The adoring groom looked incredibly handsome in a classy suit and the blushing bride looked stunningly beautiful in a figure-flattering white gown and long veil. After the memorable event, they shared photos and videos of the special time they had together and it was truly inspiring and loving to see!

The pair have been legally married for two years, and celebrated the one-year anniversary of their South Carolina wedding in Sept. 2020 with romantic posts! They both shared stunning black and white photos of their wedding day on Instagram in their tributes along with heartfelt captions that expressed their feelings about looking back on the special moment.

“1 year ago we had the best wedding. Wish I could live this day over and over ??,” Hailey’s caption read, while Justin’s got a little more in depth. “Hailey Bieber. I am so lucky to be YOUR husband!” he wrote. “You teach me so much everyday and make me such a better man! I am committed for the rest of our lives to empower you to be the woman God has called you to be! My heart is to enable you to achieve all of your wildest dreams! I promise to always put you first, to lead with patience and kindness!! Happy anniversary my beautiful sweet girl.”

The couple don’t have kids yet, but babies are definitely on the mind! The Canadian born singer is no stranger to kids with baby sister Bay, 1, and siblings Jaxon, 11, Jazmyn, 12, and Allie, 13 — and he wants a big brood just like his dad Jeremy Bieber. “I’m going to have as many [kids] as Hailey is wishing to push out,” he said on The Ellen DeGeneres Show in Dec. 2020. “I’d love to have myself a little tribe, but it’s her body, so whatever she wants to do…think Hailey still has some things she wants to accomplish as a woman. I think she’s just not ready yet and I think that’s okay.”

In a post celebrating Hailey’s 23rd birthday, Justin teased that their “next season” was “babies” back in Nov. 2019. JB also had fans speculating that Hailey could be pregnant on his Changes track “All Around Me”, which ends with a baby sound at the end of the song. The BareMinerals model has also revealed her desire to start a family. “The strange thing is, I’ve always wanted to have children early,” Hailey said to Vogue Italia in Nov. 2020. “But now that I’m married, I feel less of an urge. I am an ambitious girl with many projects. It will happen, but not now.”