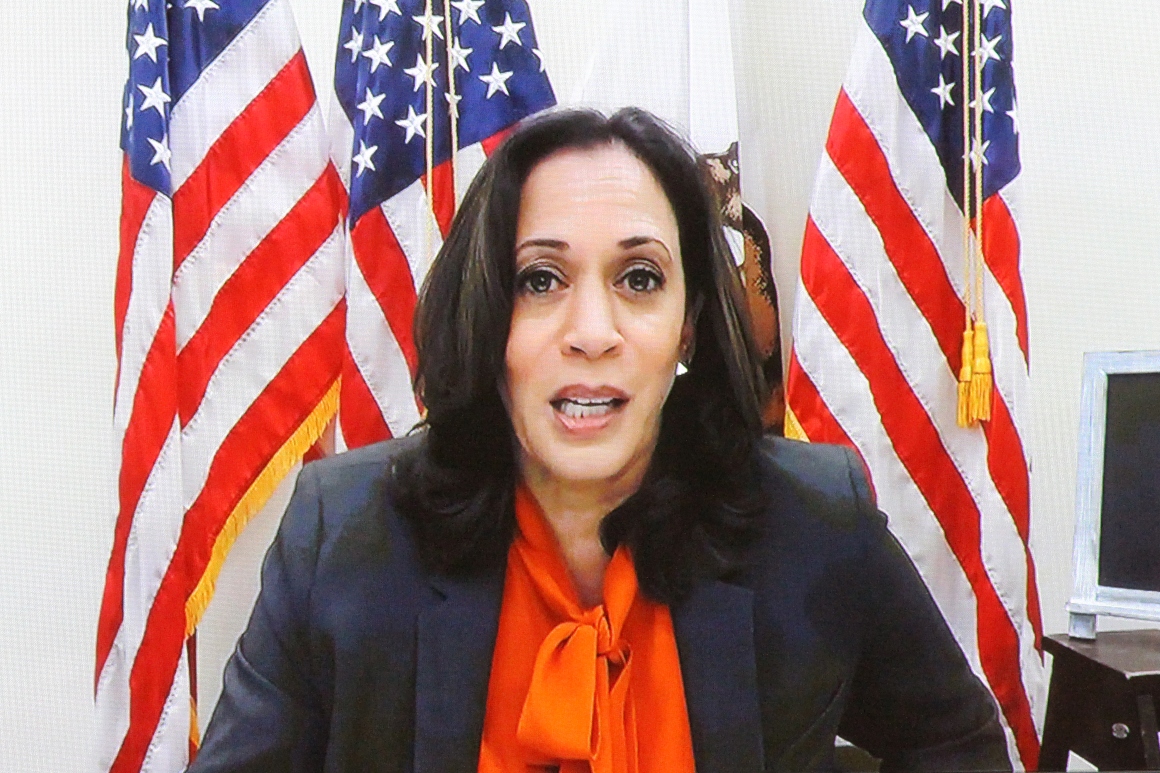 “Republicans are scrambling to confirm this nominee as fast as possible because they need one more Trump judge on the bench before Nov. 10 to win and strike down the entire Affordable Care Act,” said Harris, adding: “This is not hyperbole. This is not a hypothetical.”

Harris, the final Democrat of the day to grill Barrett, began her questioning by highlighting Congress’ failure to reach an agreement on coronavirus relief legislation, and Republicans’ efforts over the years to get rid of the Affordable Care Act, culminating in the Trump administration’s effort to invalidate it completely, which the high court will consider beginning Nov. 10.

Harris later pressed Barrett on whether she fully grasped the real-world consequences of her rulings, specifically the protections for people with pre-existing conditions as part of Obamacare.

“I would consider all of the protections that Congress put in place,” Barrett said.

Harris was appearing before the panel remotely from her Senate office, having accused Republicans of irresponsibly rushing to hold Barrett’s confirmation hearings in-person even after two GOP members of the panel tested positive for the coronavirus.

Members of the Senate Judiciary Committee will have another opportunity to question Barrett on Wednesday before the panel concludes the confirmation hearings on Thursday.

While Barrett has repeatedly cited the “Ginsburg rule,” saying that she will not offer her opinion on matters that could come before the court, Harris argued Tuesday that Ruth Bader Ginsburg was more forthcoming about her views on abortion during her confirmation hearing.

Similar to her Democratic colleagues, Harris also framed Barrett’s nomination as a threat to the future of the landmark ruling Roe v. Wade. Barrett, a devout Catholic, has said that abortion “is always immoral” but vowed in her hearing that she would keep her personal views separate from her interpretation of the law.

“I would suggest that we not pretend that we don’t know how this nominee views a woman’s right to choose and make her own health care decisions,” Harris said.