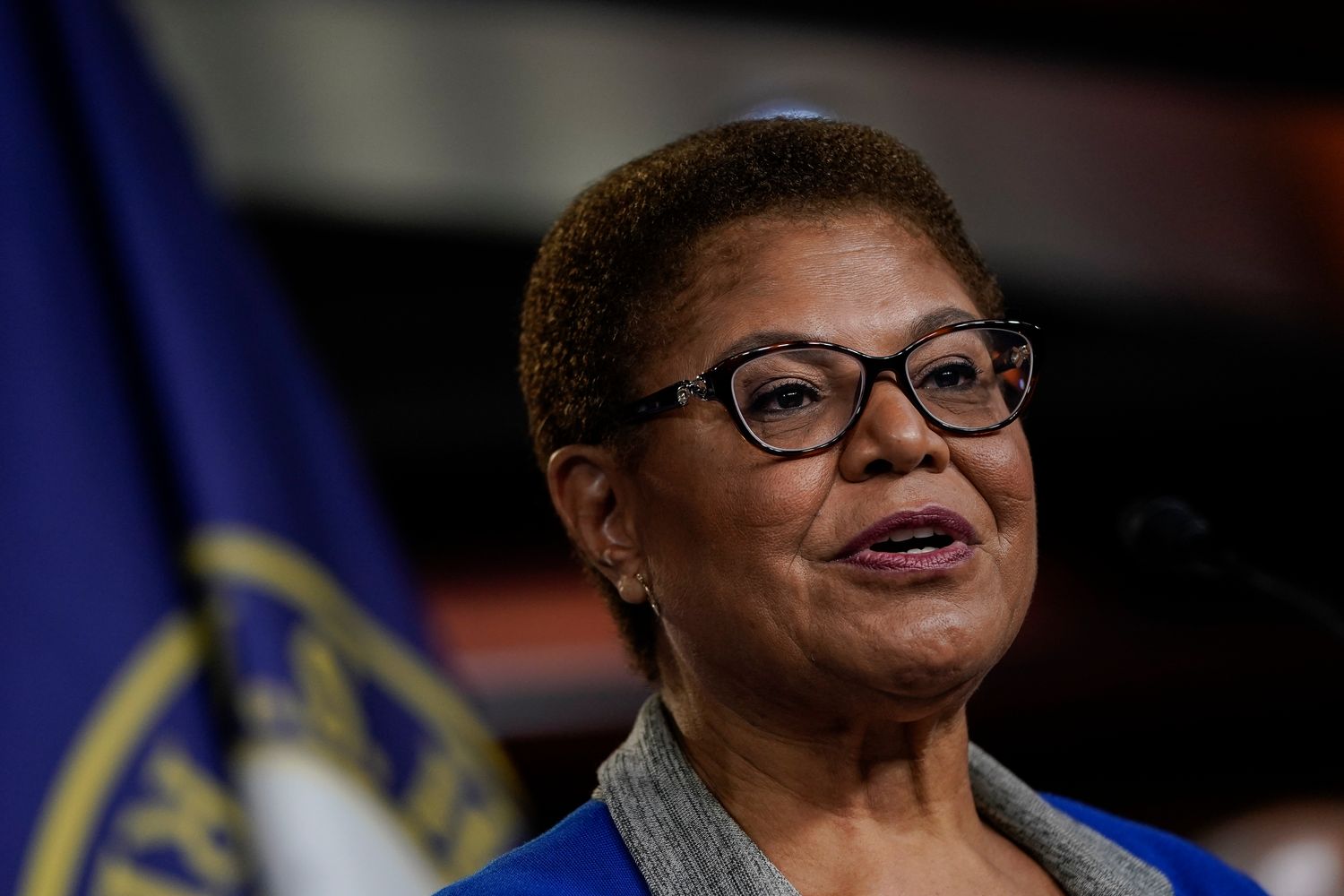 Yet several reviews of Bass relayed to the campaign that have trickled out have been positive, bordering on glowing. Biden’s team has queried former California Sen. Barbara Boxer and House Speaker Nancy Pelosi, who put Bass in charge of police reform, and both heaped praise on the congresswoman, according to the people familiar with the conversations.

California Rep. Ro Khanna, a national co-chair for Bernie Sanders’ presidential campaign, told POLITICO he would be thrilled if Bass is selected, noting his “tremendous respect” for his House colleague, as well as for Sen. Elizabeth Warren (D-Mass.). Among progressives, he said, Bass is “seen as a leader on foreign policy, on health care, on racial justice and issues of working families.”

In recent weeks, Bass has drawn endorsements from a motley crew of political influencers. They range from Daily Kos founder Markos Moulitsas to conservative columnist George Will, who described the congresswoman as a soother and noted how she got along with House Minority Leader Kevin McCarthy (R-Calif.) when they served together in the California state Legislature.

“The fact that she’s been in all these publications with nary a dissenting attack on her character tells you a lot,” said Christine Pelosi, chair of the California Democratic Party Women’s Caucus and the daughter of the House speaker.

Former Sen. Chris Dodd (D-Conn.), who’s done much of the outreach for the vice presidential search committee, has been talking about Bass with current and former elected officials in her home state. When he spoke with former California Democratic Party Chair John Burton, Dodd relayed an anecdote about Bass having recently spoken to the centrist Blue Dog Coalition about criminal justice reform.

“She knocked their socks off,” Dodd said, according to Burton. The anecdote underscored Bass’ ability to appeal to the centrist flank of the party while also drawing positive marks from progressives.

Burton told Dodd he was impressed with Bass and praised her for her “calm” leadership. He also commended Illinois Sen. Tammy Duckworth, another VP contender, offering that she would be an appealing face on the ticket because of her military experience and Midwestern sensibilities.

When Harris came up, Burton soured, sounding a note of caution: “Look for someone who does no harm,” he told Biden’s team.

In an interview, Burton said he worried Harris’ clash with Biden on the debate stage over race would immediately be weaponized by President Donald Trump and GOP allies. “That can be a problem, that Joe Biden’s running mate is on television spots for the Republican, calling him ‘an asshole.’ I overstate. [But] basically, that’s it,” Burton said.

Harris’ rapid rise has not always endeared her to the state’s old guard. (Sen. Dianne Feinstein, who endorsed Biden in the primary, told a reporter, when asked about Harris’ presidential prospects in 2017, “She just got here.”)

The lives and political careers of Harris and Bass have often intertwined, though they are marked by sharp differences shaped by their geographic bases and personal styles. For much of the time, Harris was an executive official from Northern California and Bass a legislator from Southern California.

Bass, 66, and Harris, 55, were both children of the civil rights movement and early supporters of Barack Obama’s 2008 campaign. Both were the highest-ranking women this summer to lead police reform efforts in the House and Senate.

Harris, a former prosecutor, got her start in politics by cultivating the wealthy and powerful in her native Bay Area. She narrowly won her first statewide race, for attorney general, in 2010, and from that perch essentially cleared the field when she ran for Senate six years later. Many continued to back her as the state’s favorite daughter when she launched her presidential run in 2019.

John F. Harris Try to recall the ways, in what now seems like a century ago, that so many of us used to watch these...
Read more
US