Karen Elson on Body Shaming, Nudity and Speaking Up for Herself 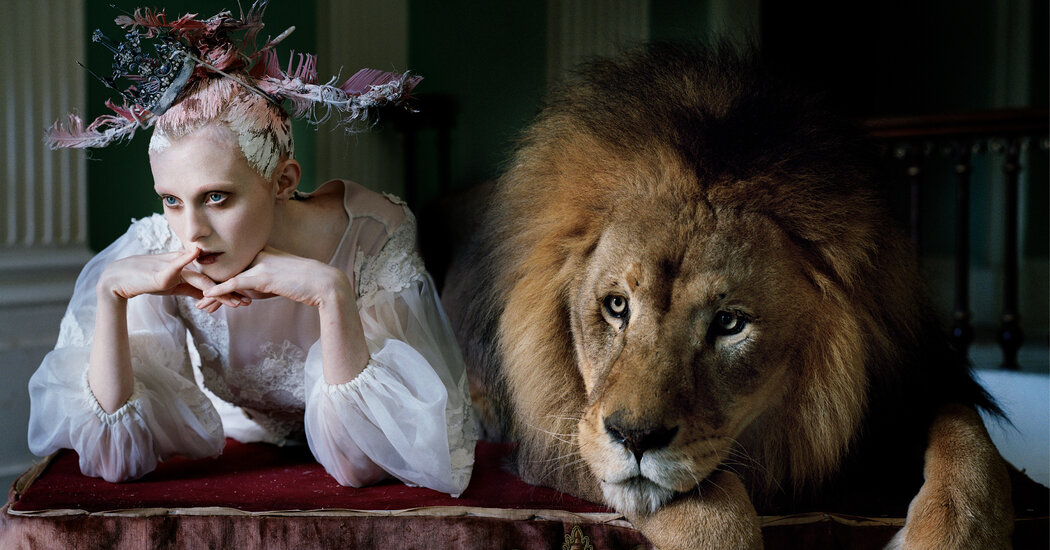 Models are generally thought of as people who are seen and not heard, but every once in a while one of them breaks the sound barrier. Such is the case with Karen Elson, the red-haired mannequin who dominated fashion imagery at the turn of the millennium, and who has just written a no-holds-barred autobiography.

“The Red Flame,” which will be published on Oct. 13 by Rizzoli, contains more than 130 photographs of Ms. Elson, including one as a ’50s movie star — swathed in a Donna Karan cream wool coat, oversize shades and stilettos, and squired by the actor John Hawkes — as well as her memories of being hospitalized as a child for an eating disorder and fending off unwanted sexual advances as a teenage model. Among other less than glamorous stories.

Before the book’s release, Ms. Elson sat on a cushioned bed in her Nashville home, wearing a floaty floral dress bought at a flea market, and talked via Zoom about why she decided it was time to open up. The conversation has been edited for clarity.

Why did you want to write a book?

Because people see you in two dimensions on the page of a magazine, they assume that you’re two dimensional as well and the picture is essentially who you are. I really wanted to get under that and show my perspective. It’s been a couple of years in the making, from having the first conversation to scouring my archives and figuring out what images to use. And then writing it and really trying to dig deep and be honest.

In social media culture, everything is squished to a 15-second sound bite, and if I’m doing something for a brand, I have to speak about how great the product is. No one is ever asking about my insights and my career and job as a model. So I figured I’d take the opportunity to unearth these things and talk about the stuff that’s pretty hard.

Has your attitude toward your job changed?

Now, if anyone asks me to do a nude, there has to be a conversation before I get on set so I have the ability to say, “No, I’m not comfortable doing that.” I’ve got to have a say in these things, but in the past I didn’t. I just took it as “this is what is expected of me.”

It wasn’t until I got older, maybe even when I had kids and moved to Nashville and got a bit of distance from the fashion world, that I started doing some digging inside myself about what feels comfortable. I started to realize that a lot of the times I’ve done nudes I have felt uncomfortable, but there’s this sort of subtle conditioning that happens to a model, or did back in the day.

The last time I was offended on a shoot or show was a couple of years ago. The photographer was being really offensive to everybody. He would say things to be controversial and made comments about how people used to call me “fat.” It crossed a line, so I called my agents, and we had a conversation with the magazine and with the photographer’s people and — I can’t say who, what, how, why — but action was taken.

People used to call you fat?

Yes, at 130 pounds I could be deemed heavy. In the real world that is just insane, and a really dangerous narrative, but fashion is so insular that it has enabled very toxic mind-sets to thrive because nobody’s ever really questioned it.

Are there any photographers you avoid working with?

There are a number of people I avoid working with absolutely — because I didn’t enjoy the experience. I was maybe made to feel less than, so why bother walking into that arena again? But I believe in redemption.

I will draw the line when there are things that are sexual in nature. But if it’s toxic behavior like bullying, acting like a tyrant on set or yelling at people, fat-shaming people — if I can say, “You know, I want to talk about how this behavior made me feel,” then maybe, just maybe, I might be able to move on from it. But I will always take the side of the victim because I myself have been in situations where I’ve been treated terribly, and it has scarred me.

You just walked in Fendi’s show. Do you still like the catwalk?

There is a lot of camaraderie, especially with the models who have known each other like a decade plus. It’s always a funny thing when someone is trying to tell you how to walk on a runway. We go, “It’s not my first rodeo!” At one point, one of the models — and it may even have been me — took the microphone because this guy was explaining it to us. And then we were like, “Ladies, this is how you walk down the runway.”

Do you still watch the collections?

When it’s my friends like Anna Sui or Proenza Schouler. But I’m not as clued in as you’d imagine because I don’t live and breathe fashion. I’ve got two teenage children, and I’ve got a music career. I’ve got other things in my life.

Apple iPhone 12 Review: Superfast Speed, if You Can Find It

ByBrian X. ChenI started this iPhone review in the most peculiar way: by opening a map to find out where I could test it. That’s...
Read more
Fashion

ByBailey Berg“It was the only job I applied to,” Molly Swindall said. She grew up outside Atlanta and recently finished a master’s degree in...
Read more
Fashion

ByHuffPost may receive a share from purchases made via links on this page. Prices and availability subject to change.Madewell If you’ve been looking for sustainable...
Read more
Fashion

By"Alice in Wonderland remains a strong influence for the designer. Sahar lights up when she mentions this fairytale theme"    VANCOUVER, BC, October 20, 2020 /24-7PressRelease/...
Read more
Fashion

ByHahna YoonWhen the K-pop band Blackpink released the music video for their song “How You Like That” in June, fans began asking about the...
Read more
Fashion

ByWe want to show people you can get your hair and nails done and still love working on jeeps and everything else that comes...
Read more