Kate and William pay tribute to Irish charities in heartwarming... 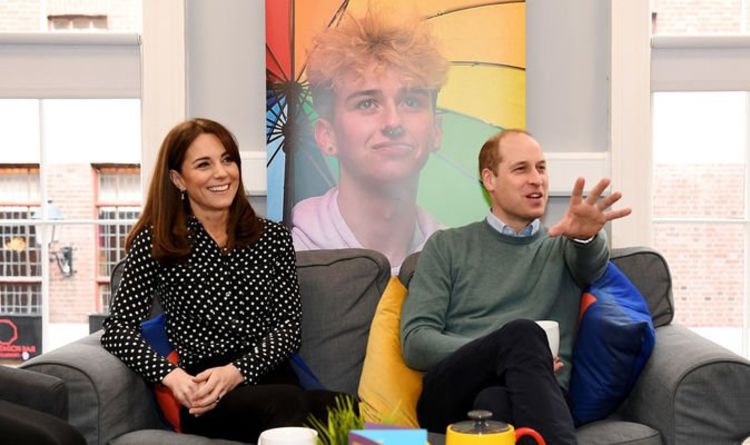 Kate and William are currently in Ireland as part of their first official visit of the country. Their Wednesday comprised of meeting and talking with young people as part of a push to show signs of solidarity with the EU member in light of Brexit.

In an Instagram post, the pair updated their keen followers on the various organisations and charities they learnt about throughout the day.

Their Kensington Royal page wrote: “Today the Duke and Duchess of Cambridge have been learning about organisations working in Ireland to support and empower young people, and about the country’s conservation initiatives and efforts to protect its environment, with a particular focus on sustainable farming and marine conservation.

“1-2, At Jigsaw YMH, the Duke and Duchess met young people helped by the free mental support service, before joining a conversation with parents, carers and teachers on the impact of Jigsaw’s services within their communities.

“3-4, With young people supported by the charity Extern a range of activities that equip those at Savannah House with key life skills, including meal planning and cooking, and joining them for a game of table tennis – see our story for more!

“5-6, On Teagasc Research Farm in County Meath they heard more about the farm’s pioneering research to promote sustainable farming across the country, before speaking to farmers who have implemented the research into their own practices – and joined local schoolchildren visiting the farm for an educational session on the environment, nutrition and food production.

“7, Finally, at the spectacular Howth Cliff, the Duke and Duchess joined representatives from the Marine Institute to talk about their innovating work across Ireland – before taking in sweeping views of the Irish coastline.

“8-9, Thank you to everyone that came out to greet the Duke and Duchess today!”

Many reacted positively to the news that the pair had endeavoured to talk to and learn about so many different charities in a single day.

JUST IN: Kate Middleton: Does this clue predict Duchess is pregnant?

“I love the Queen but can’t wait for William to be our king.”

The pair were also presented with gifts by children and young people at the centres.

Meanwhile, William made an attempt at strengthening the bond between people in the UK and Ireland, explaining that relationships between people were “more essential” than legal treaties between states.

He urged the UK and Ireland not to be “bound by the wrongs of the past”.

Many have noted how the duke’s comments were similar in tone and content to that of the Queen’s during her historic visit to Ireland in 2011.

He made nod to his grandmother and quoted her, saying the islands had “experienced more than their fair share of heartache and turbulence”.