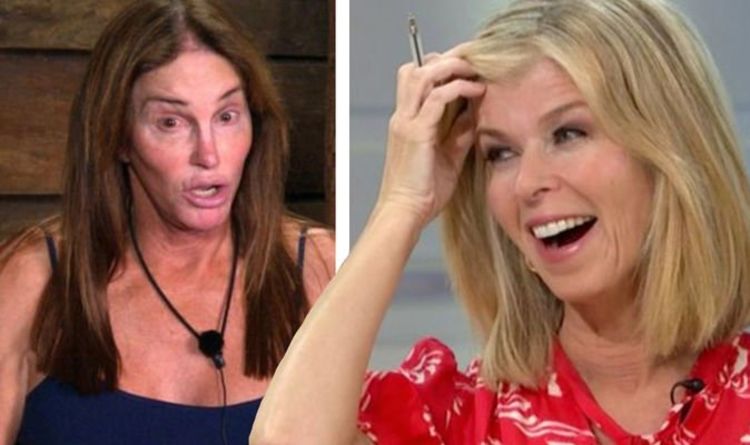 Kate Garraway, 53, left fans over the moon that her I’m A Celebrity campmate Caitlyn Jenner, 70, would be gracing the ITV show this morning but ahead of her appearance, Kate recalled that the US A-lister noted that they share a deeper connection than any other presenter that may have interview her in the past. For anyone who hasn’t watched the show, they might find the admission quite risqué.

On Sunday evening, Kate took to Instagram to announce the big news to viewers that she would be reunited with her pal from overseas.

“My first breakfast on leaving the #jungle with @caitlynjenner – back then she joked when she next came on @gmb I would be the only interviewer she’s ever showered with!” she teased.

She is of course referring to their time in the I’m A Celebrity jungle where they had to share everything, even wild showers.

“She’s on @gmb live tomorrow & we can’t even be in the same room let alone shower together!” she joked, as due to coronavirus and travel implications, the American reality star will appear via video link to the studio.

Despite the X-rated comment – that will surely get mentioned on-air – Kate was excited to reconnect: “Can’t wait to catch up with her though & find out what’s going on in her world & hear her take on her son in law #kanyewest.”

Since his recovery from his medically-induced coma has begun, Kate and their children Darcey and William, have been able to visit but last week she admitted it was a particularly “tough” one.

The ITV star said it was “extra emotional” because it was their son’s birthday.

“It was quite a tough visit yesterday, he has had a tough couple of weeks, and it’s frustrating,” she said.

“It’s Billy’s actual birthday today so I think I was extra emotional, because you think about the day he was born and Derek’s involvement and how much Derek would have liked to have been present, so it was very emotional.”